Wolff: Vettel would’ve probably won if he did not spin 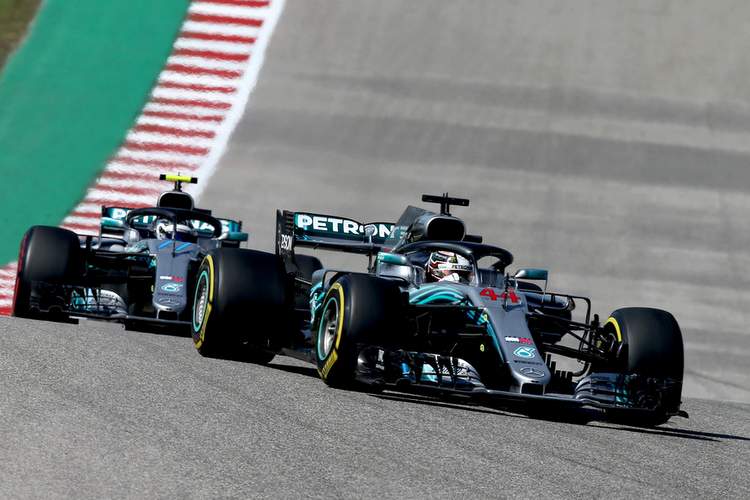 The Circuit of the Americas produced a thrilling race, but also added another ingredient to the already complicated recipe of the 2018 F1 Championship battles.

Ferrari and Red Bull proved to be incredibly strong in Austin and whilst Lewis extended his lead in the Drivers’ standings, we lost a bit of ground in the Constructors…

“This has been the most difficult season so far,” said Toto. “You could see, some races were going in our favour and then Ferrari was again very strong.

“Then, we had a good run and now Ferrari had a really good weekend. Imagine Sebastian wasn’t spinning out on lap one… I think he would probably have won the race easily.

“In the Drivers’ Championship we are in a solid position. We mustn’t drop the ball. We’ve seen this in the past with other teams.

“With the Constructors’ Championship that is very important for the team. Nothing is done yet. There are 129 points to be scored to the 66 lead that we have.

“Of course, that is also a good buffer but no reason to think that we have the trophy in our hands because you can see we don’t have it in our hands.”

From the moment Lewis pitted under Virtual Safety Car, we went for a two-stop strategy to try and get the maximum offset on tyre life. But, deciding when to pit him for a second time proved tricky.

“When we committed to a two-stop with Lewis, we were running second on the road,” Toto explained.

“We thought that by moving to a two-stop at that stage, we would only lose a position to Valtteri, catch Kimi and then effectively be on the same strategy, with one more stop to do, but on a better tyre.

“We also committed to a two-stop at that stage because our car didn’t have the pace, and the tyres were degrading.

“The thinking was that if we were to bite the bullet a bit more, we’d have a larger tyre difference at the end, but then we were probably a lap too late pitting Lewis as his tyres really dropped off.”