Verstappen: I destroyed my shoe because I pushed so hard 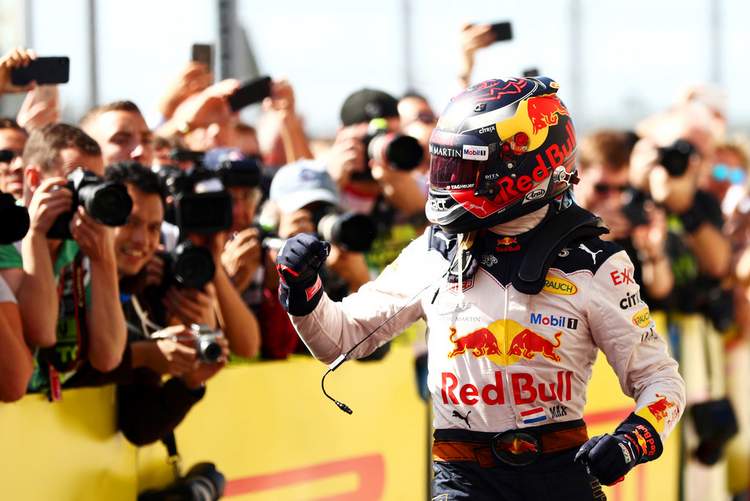 Max Verstappen delivered the drive of the day at this edition of the United States Grand Prix, the dark blue Red Bull scything through the field, from 18th on the grid to second place after a thrilling race during which the Dutchman once again, inadvertently, play a role in this year’s Formula 1 world championship saga.

Fast forward to Austin and again the 21-year-old was in the thick of things, this time providing a feisty defence late in the race of second place from a hard-charging Lewis Hamilton – the other title contender – and as a result the championship fight lives for at least another week.

After celebrating on the podium in his cowboy styled race suit (nice touch!), Verstappen said, “I am very happy. We controlled the race well and I was very happy to take those super-softs to the end of the race. For sure in the traffic and with Kimi in front of me and Lewis behind me on fresher tyres.”

“I even destroyed my shoe, because I pushed that hard. My shoe is completely worn out, just a few more laps and I would have bruised my toes.”

Max: Lewis was also already on the edge, so I was happy of course to stay in second

“It was a bit unsuspected. We had a good start and a good first lap and then very quickly we were back again in P4. We could follow the leaders and also had a really good pace. We made the right call to undercut Valtteri and from there onwards we could drive our own race.”

“At the end, we could put a bit pressure on, but unfortunately we ran out of super-soft tyres compared to the softs from the drivers around me.”

Of his duel with Hamilton, Verstappen said, “At that time I was really struggling with the rear tyres. I locked up in Turn 12.”

“It was a good fight at the hairpin and on the right-hand corner I was pushing as much as I could but hanging on. Clearly, Lewis was also already on the edge, so I was happy of course to stay in second,” added Verstappen