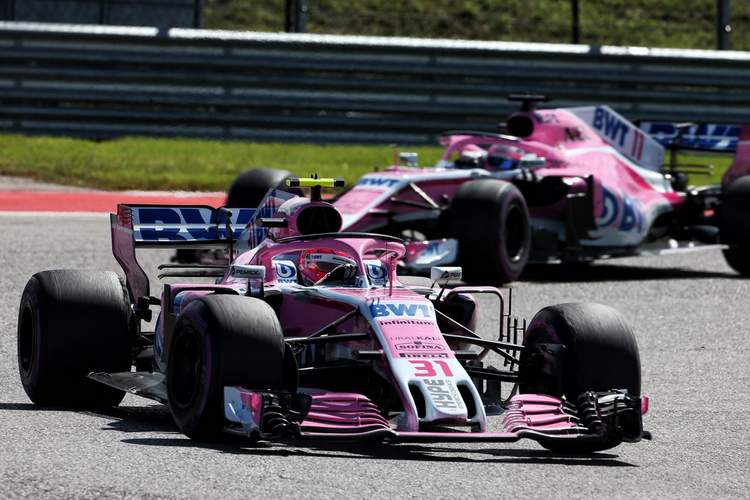 Force India driver Esteban Ocon and Kevin Magnussen have been disqualified from  Sunday’s United States Grand Prix after it was found that their cars had breached fuel flow regulations.

Stewards reviewed telemetry data from the car and interviewed team representatives as well as Ocon and ruled: “the fuel mass flow exceeded 100 kg/hr during lap one of the race.”

Magnussen’s car was found to have “consumed more than 105kg of fuel during the race.

As a result of the disqualifications, Sergio Perez (Force India) is promoted to eighth, Brendon Hartley (Toro Rosso) to ninth and Marcus Ericsson (Sauber) to tenth. 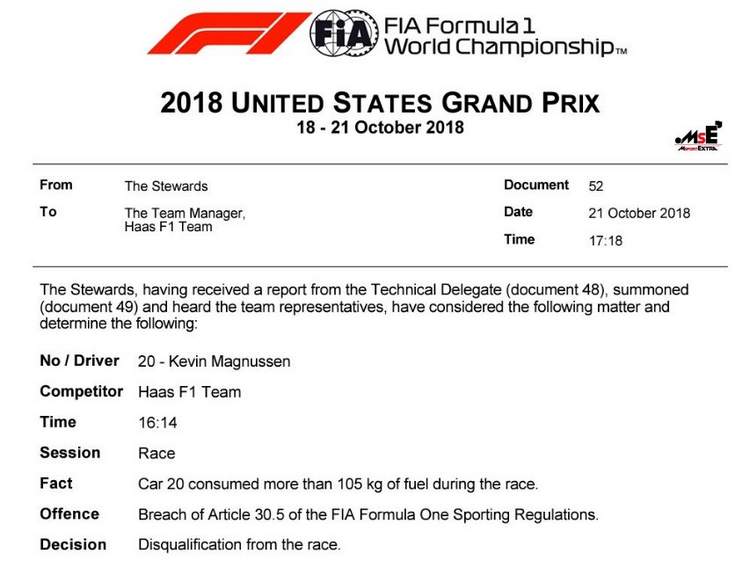 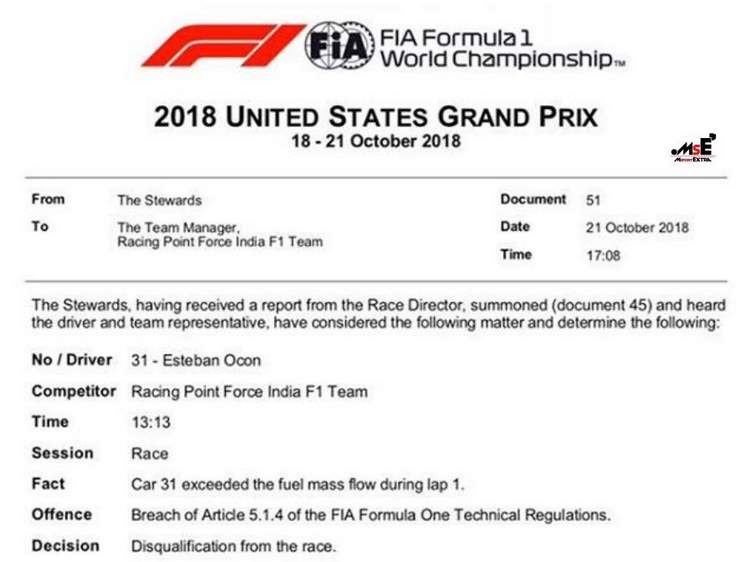