Marko: Next year with Honda we will fight for the title 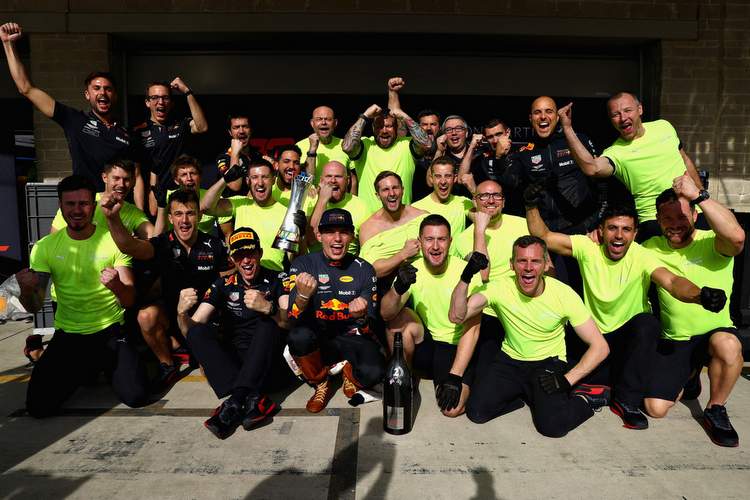 Red Bull consigliere Helmut Marko was elated with the performance of their driver Max Verstappen, the Dutchman delivering the Drive of the Day at the United States Grand Prix prompting him to declare that their target is the title in 2019 with Honda.

Verstappen drove a mature race, entertaining as always, from 18th on the grid he stormed to finish second after harassing eventual race winner Kimi Raikkonen while spiritedly fending off Lewis Hamilton. One of the 21-year-olds more memorable drives.

After singing the praises of their ace to reporters in Austin after the race, Marko declared, “Next year with the Honda engine I think we can fight for the world championship, the project is really very good and I’m absolutely serious.”

Marko: Poor Daniel, he will have to live with these problems for another two years

Regarding Verstappen’s storming drive, the Doctor said, “With him you should never be surprised. We had a plan before the race on how many cars had to get by in the first few laps and it went far better than we had planned.”

“With the softer tyres, it was unbelievable what he did: to be able to go so hard while keeping the tyres alive, was really incredible,” added Marko.

In the other Red Bull, Renault bound Daniel Ricciardo endured a frustrating and short race as he was forced to stop with another engine failure, his seventh DNF of the season.

Marko has ‘sympathy’ for the Australian’s plight, but not resisting an obvious swipe at Renault, “Poor him, he will have to live with these problems for another two years.”