Magnussen: We were racing in Formula Fuelsaving 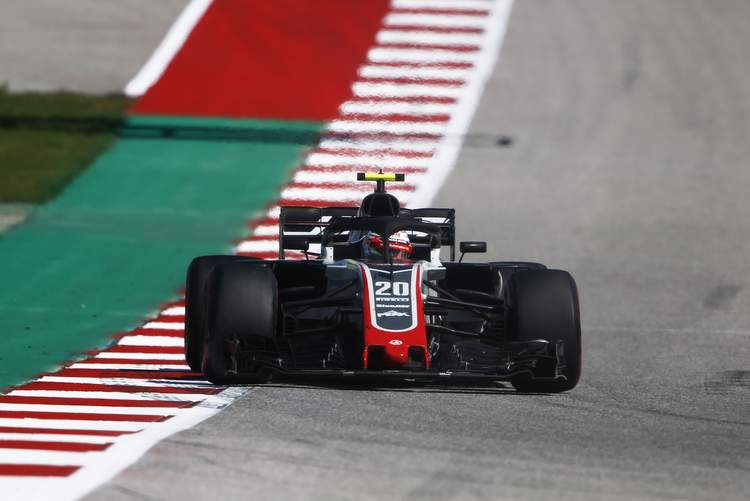 A mere 100 grams of extra fuel used during the 56 lap United States Grand Prix cost Haas driver Kevin Magnussen dear as he crossed the line in ninth only to find out a few hours later he was disqualified.

Speaking to reporters in Austin after the penalty which cost him and his team valuable points, the Dane said, “Unfortunately today we were racing in Formula Fuelsaving rather than Formula 1 and we used 0.1kg (100 grams) too much for the whole race so we got disqualified.”

“It’s a shame that we have fuel saving in Formula 1  and not being able to attack. At the end of the day, what the fans want to see is great racing. We can’t do it because we have to save fuel. It’s disappointing.”

“Those are the rules so we just have to manage better. Car was great though and the pit stop was amazing. On to the next one!”

Steiner: I still disagree with Formula 1 having to run on these rules

It is the America team’s second DQ of the year, having been disqualified from the Italian Grand Prix when Romain Grosjean’s floor was adjudged illegal.

Team chief Guenther Steiner commented on the latest episode in Texas, It wasn’t a good event for us. Grosjean’s collision with Leclerc on the opening lap – he ended up getting a penalty for the next race, so we’re penalized for that already.”

“We get a three-place grid penalty for him. Kevin finished ninth, but has been disqualified because we used too much fuel.”

“In the end, that’s our responsibility to control the fuel amount, but I still disagree with Formula 1 having to run on these rules. I hope next year, with having 110 kilograms, this will change, but we change another rule and put a big front wing on, so maybe this will be the same.”

“One day we’ll get to have a good show, but at the moment it isn’t,” added Steiner.