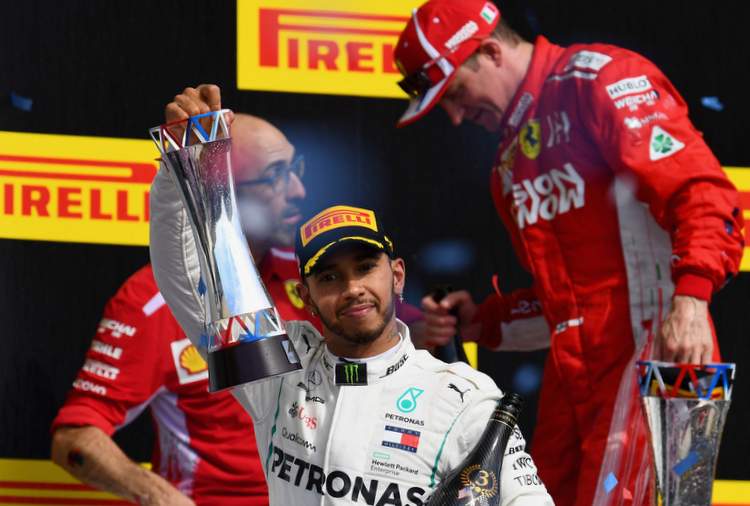 Lewis Hamilton shrugged off having his Formula 1 championship title celebrations put on hold for at least another week and said it did not matter when or where he wrapped up his fifth championship as long as it came in the end.

The Briton would have wrapped up matters at the United States Grand Prix had he beaten Sebastian Vettel by eight points but fell short, finishing third with the Ferrari driver fourth.

He will now have to wait until Mexico next weekend for another shot at becoming only the third Formula 1 driver to win five titles or more.

Mercedes did not help his cause with a strategy that left him having to pit twice, against rivals stopping only once, but Hamilton also admitted he had played it safe with so much at stake.

The finishing positions still made the ultimate goal a foregone conclusion with the Mercedes driver needing only to finish seventh in Mexico even if Vettel — who cannot afford to drop another point — wins.

“Honestly I was trying to win the race but you look at the two guys next to me, they’re not fighting for a championship so I had to be very, very careful how I navigated around them,” said Hamilton, appearing at the podium news conference with Ferrari’s race winner Kimi Raikkonen and Red Bull’s Max Verstappen.

“Championships are not won by fighting and making silly mistakes,” added the Briton, who had started on pole position and arrived in Austin on the back of four wins in a row and six out of the last seven.

Lewis: The key was that I at least finished ahead of Seb

Hamilton had been nose to tail with Verstappen in the closing laps and made his move with two to go.

Given the young Dutchman’s reputation for tough defending, he made sure he left plenty of space, however, and failed to make the move stick.

“I gave him way too much space just to be sure that I didn’t get clipped, for example, didn’t get taken out because I didn’t know if you would understeer into me or could be aggressive,” said the Briton.

Verstappen had collided with Vettel at the previous race in Japan, sending the German spinning down to 19th before he fought back to sixth.

Hamilton said he would have behaved far more aggressively had the battle been with Vettel rather than Verstappen, who had nothing to lose.

“The key was that I at least finished ahead of Seb and for me it doesn’t matter when you win the championship as long as you get it done,” he said.

“Ultimately we wanted to win the race today and I think going backwards two steps is not a good result but…you can’t win them all, you can’t always get them perfect.”