Villeneuve: I would rate Lewis above Michael by miles 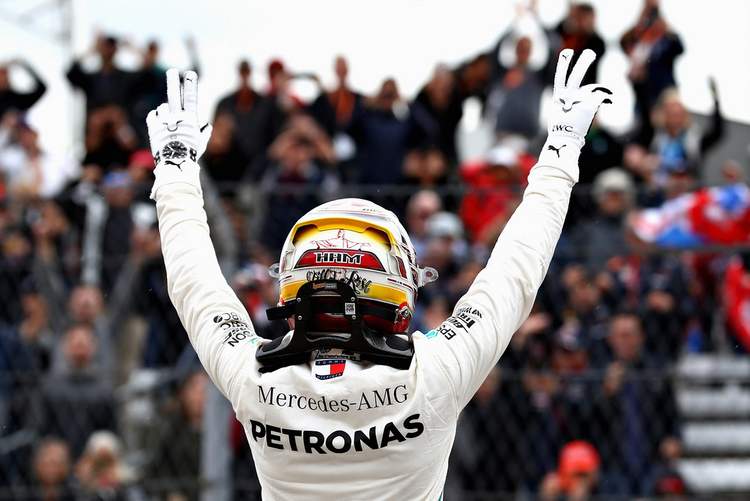 Lewis Hamilton can beat Michael Schumacher’s Formula 1 records to become the most successful driver of all time and is already a greater world champion than the former Ferrari driver, according to the German’s old foe Jacques Villeneuve.

The passing years have not mellowed the outspoken Canadian’s views on Schumacher, the man he beat to the 1997 world championship in controversial circumstances, and he pulls no punches.

“I would rate Lewis above Michael by miles,” Villeneuve told Reuters at the United States Grand Prix where Hamilton stands on the brink of joining the late Juan Manuel Fangio and Schumacher as the only men to win at least five crowns.

Schumacher won seven, two at Benetton and the rest with Ferrari, and retired with a record 91 wins. Hamilton has 71 victories going into Sunday’s race at the Circuit of the Americas.

Villeneuve said he could see Hamilton beating that win record, because there were now 21 races a year and the Briton was averaging 10 a season, “The Mercedes era will be difficult to stop with these rules.”

Villeneuve said Schumacher, who has not been seen in public since a 2013 skiing accident, would not even make his top five champions of all time.

“There’s been too many negative stories. Too many question marks on how some races or championships were won. And being a great champion is more than just winning races,” said the 47-year-old, who won his title with Williams, of Schumacher.

Jacques: There’s no question mark on: Is he cheating or not? Has he been dirty?

“There’s no question mark on: Is he cheating or not? Has he been dirty? That makes a big difference. And that’s how every champion should be. He shouldn’t just be neutral.”

Villeneuve held up Hamilton as “a clean fighter” and one who has not had the benefit of special conditions and favours within his team, the Briton beaten in 2011 by compatriot Jenson Button, who finished runner-up with McLaren, and Nico Rosberg at Mercedes in 2016.

“If you look at Lewis, to a certain point he always had to fight his teammate. It wasn’t clear-cut from the first race that the teammate was there to help,” said the Canadian.

Villeneuve said Hamilton’s win last month in Russia, where teammate Valtteri Bottas was asked to let him pass, was different because it was late in the season and made sense strategically.

Schumacher famously caused a storm in 2002 when Brazilian team mate Rubens Barrichello was ordered to let the German win in Austria, only six races into the championship race.

The Ferrari driver won a then-record 11 races that year and wrapped up the title with six rounds to spare.

Villeneuve and Schumacher, then leading the championship by a single point, were involved in a major drama when they clashed on track at the title-deciding European Grand Prix in Jerez, Spain.

As the young Canadian went past, the German turned into Villeneuve’s car with a move that risked putting both out of the race — an outcome that would have secured the title for Schumacher.

Instead, it was the German who had the DNF and was ultimately excluded from the championship’s final classification as a punishment, while Villeneuve finished third.

Hamilton has also won titles with more than one team, his first coming in 2008 with McLaren, and Villeneuve said he had also made the right career moves — joining Mercedes before they became the dominant team.

“He was protected at McLaren and he left. That was impressive. And he builds the team around him. And he’s better now than he was then. This year he’s been driving superbly,” said the Canadian.

Villeneuve, himself a rebel and a brash mould breaker when he came into Formula 1 from racing in the Americas felt Hamilton did what worked for him, even if some purists were left cold.

“He’s on his own planet, which is great and it works. I cannot relate to him and a lot of us cannot — we’re not in the same world. But that’s all, that’s not an issue,” he said.

“I was just being myself, and I guess Lewis is just being himself. So that’s good, as long as he’s happy with himself.”