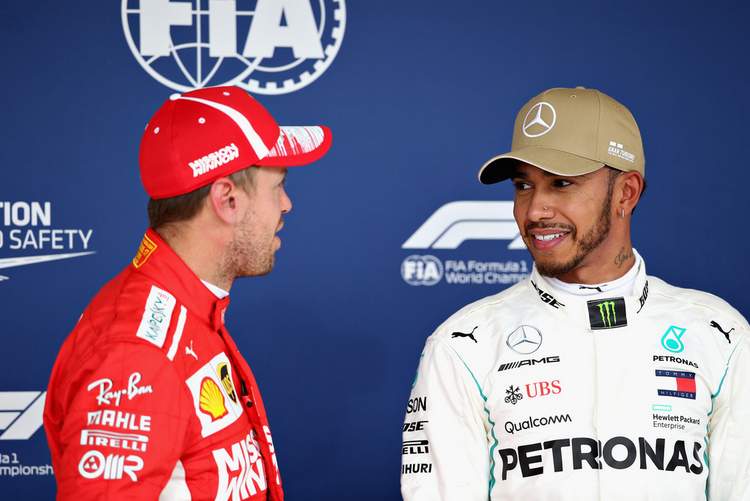 Granted the dry weather necessary to put their aero upgrades to good use, Ferrari were once again on the pace against Lewis Hamilton and Mercedes during qualifying for the United States Grand Prix on Saturday.

It might be too late to have any effect on the championship, but if Saturday was any indication, Lewis Hamilton will have his work cut out if he wants to win it here in Austin.

With Sebastian Vettel and Kimi Raikkonen trailing Hamilton by just 0.061s and 0.070s respectively, Ferrari were finally able to take the qualifying fight to Mercedes for the first time in what feels like forever.

Indeed, it’s been seven weeks and four races since the Scuderia have been able to get within even half-a-second of a Mercedes pole-sitter, so for both Vettel and Raikkonen to come so close represents a pretty massive improvement.

Maybe it was the SF71H’s new floor that made all the difference, maybe it was their drivers finally performing up to standard, or maybe it was a combination of both – in any case, there’s reason to hope they can make things interesting on Sunday.

At the very least, Vettel seems to believe the car has the goods, and while his three-place penalty hurts his own chances, Raikkonen should be a handful at the start for Hamilton, equipped as he is with ultrasofts to the Brit’s supers. Here’s hoping for a cracking race – and the Scuderia’s strategy department not to botch it…

With the amount of tyre degradation and the hotter temperatures expected for the race, the theoretical quickest pit-stop strategies predicted by Pirelli are as follows: