Vettel gets grid penalty for speeding under red flags 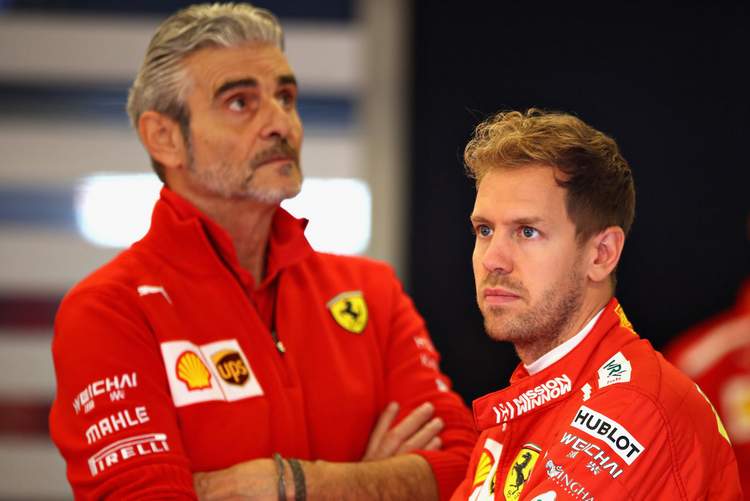 Sebastian Vettel was handed a three-place grid penalty by FIA Race stewards for Sunday’s United States Grand Prix after they found him guilty of speeding under red flags during FP1 at Circuit of the Americas.

As the penalty was triggered by drivers’ telemetry, Vettel did not have a case to argue, although a suspected “timing glitch” which turned out not to be one delayed the outcome of the decision.

The stewards ruling on the matter stated: “Art. 31.6 was added this year to ensure that drivers reduce speed significantly during a red flag. Breach of this regulation is seen to be an extremely serious matter.”

Vettel was only fifth quickest in the rain-affected morning session, almost two whole seconds adrift of Lewis Hamilton, who set the pace in a rain-affected outing.

At the end of the day, when asked by Sky F1 if he slowed enough for the red flag, the German replied simply, “Yes.”

Before adding, “They were very specific and said it was 27.7 seconds to slow down. I saw the red flag and slowed down. They found I took too long. I think there might have been an issue with the timing.”

“I think there should be common sense with the rules. Saying 27.7 seconds as not saying I complied with the rules… I slowed down, I had a good look around what’s going around. The rules are clear as well so we know.”

Sebastian: I think it’s the first time we’ve had this in wet and in wet the target is a lot slower

“I think it’s the first time we’ve had this in wet and in wet the target is a lot slower so I literally had to stop to 30kph or 40, 50kph to bring down the delta which probably I should do next time.”

“In my opinion it’s not the right thing if there’s a car behind might run into you but it’s more important that you don’t get a penalty,” added Vettel with a shrug.

He also received two penalty points on his licence for the transgression, but more painful is the reality of yet another mistake, another setback when Ferrari were needing a perfect weekend in Austin. 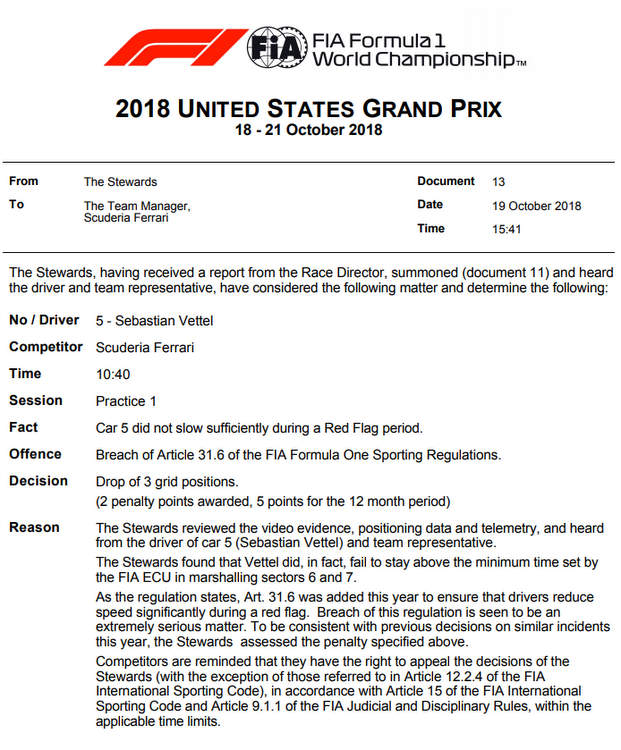