Leclerc: I don’t feel the pressure at all 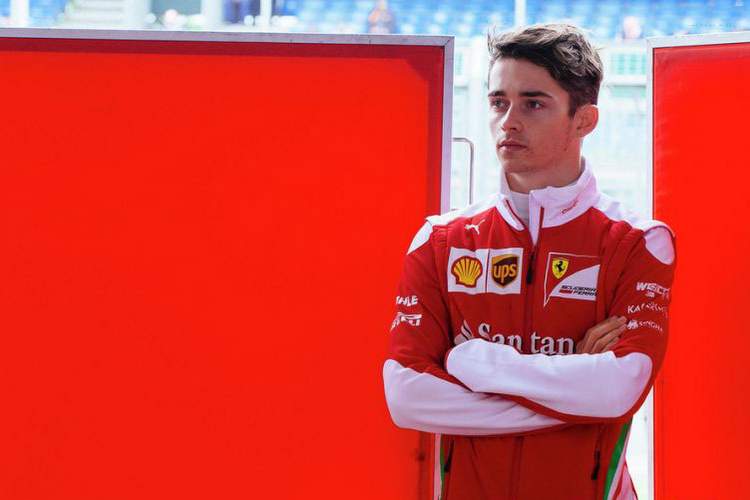 Next year is a big one for young Charles Leclerc, the Monaco Kid has ticked all the boxes during his Formula 1 rookie season and has been given the golden ticket to a Ferrari seat, when he dons red on race day in Melbourne he will become the second youngest driver in Scuderia history.

Invariably, driving for Ferrari comes with huge prestige but massive pressure as well, but Leclerc is ready and “not nervous” at the prospect of playing a role in the history of the sport’s most famous team.

Speaking on the Beyond the Grid podcast, Leclerc revealed, “I’m not a nervous person, there are tensions in this sport and at the start, there is adrenaline, but I would not say it is nervousness.”

“I don’t really take into consideration what people are expecting from me. The only thing I do is focus on myself and try to give the best possible performance on track.”

“I’m also very honest If I’m not good enough next year, I should be dropped by Ferrari and this would be completely understandable for me. This is how I see it.

“If I’m good enough, I deserve to stay there. If I’m not, I deserve to be left off and I think that takes a lot of pressure off my shoulders.”

Traditionally Ferrari have hedged their bet’s with one driver as they did with Michael Schumacher whose time at the Scuderia was characterised by having wingmen as teammates (Eddie Irvine and Rubens Barrichello) spring to mind, while Fernando Alonso was defacto number one during his tenure at Maranello.

Since his arrival at the team in 2015, Vettel has enjoyed unofficial number one status over Kimi Raikkonen, but Leclerc says he will “absolutely not” play second fiddle as his predecessors have done in the past.

The Sauber rookie said, “I know lots of people are thinking this and me saying that won’t change what people think, but as in every team, you start the year on an equal status and then at one point, once one driver is fighting for the championship and one is not.”

“Then I believe it’s normal for the second driver to help the first one, which I’m ready to do in case I am the second driver and I don’t have my chances to win the championship. But apart from that, I don’t think I will go there to be a second driver,” added Leclerc.

Mexico’s Ricardo Rodriguez is the youngest driver ever used in Formula 1 by Ferrari, when they handed him his debut at the 1961 Italian Grand Prix at the age of 19.