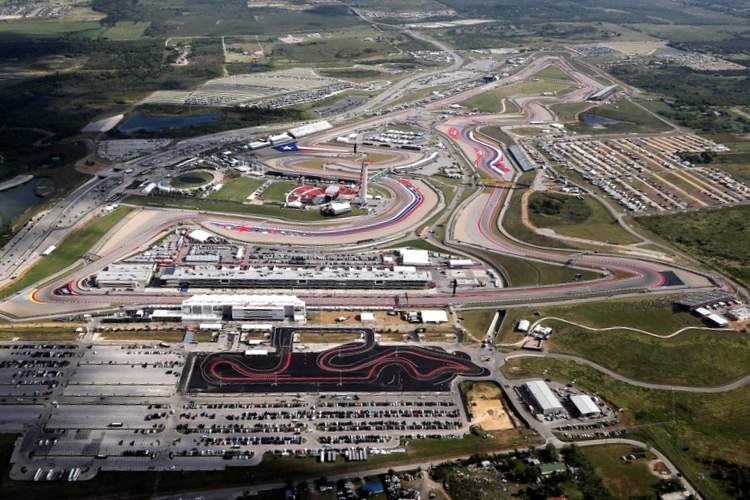 America loves its sports, and autumn brings a cornucopia of action that stretches coast to coast, across purple mountain majesties and amber waves of grain, all taking place under spacious skies.

As college football rivalries play out on Saturdays to whet fans’ appetites for NFL action on Sundays, amid the MLB playoffs and the start of the NBA and NHL seasons, motorsports remains very much in the mix.

Car culture has been, and continues to be, woven into the fabric of America. And when the most sophisticated and technologically advanced racing series in the world arrives on U.S. soil, people take notice.

Approximately 260,000 fans will descend upon Circuit of the Americas (COTA) in Austin, Texas for the United States Grand Prix on 19-21 October. That’s more than three times the amount of people AT&T Stadium holds for patrons of America’s team, the Dallas Cowboys.

It’ll be the seventh time the track has hosted the FIA Formula One World Championship, but only the third time fans have been able to cheer for the home team.

Toughest corner Turn One. The key to this corner is the 40-metre elevation change on the approach. This incline increases the load on the car by 0.4g, giving the drivers more grip and allowing them to brake very late. More than 85 per cent of the load is then scrubbed off by the apex, making the cars very loose and difficult to control.

Most demanding section Sector One. As was the case at Suzuka last time out, the opening section of the Circuit of the Americas is fast and furious. Eight of the opening nine corners involve fast changes of direction, with a slowest apex speed of 185km/h (115mph). The drivers compare the challenge to Becketts and Maggotts at Silverstone.

Biggest challenge Car set-up. COTA has more fast corners than Spa-Francorchamps and more slow corners than the Hungaroring; as a result, car set-up is a delicate balance between slow-speed grip and straight-line speed.

Braking COTA presents an average challenge for the brakes, similar to the Shanghai International Circuit in China. The drivers apply the brakes at 10 of the 20 corners, with an average deceleration of 3.8g.

Power The cars use 1.8kg of fuel per lap, with 63 per cent of the time spent on full throttle.

Aero High downforce. Seven of the 20 corners are taken at speeds of less than 150km/h (93mph), which places an emphasis on slow-speed grip, particularly traction at corner exit. Having DRS zones along the two longest straights help to eliminate the extra drag at high speed.

Hamilton will take his fifth world championship in Austin, with three races to spare, if he scores eight points more than Ferrari’s Sebastian Vettel.

The Briton, 67 points clear of his rival, has done this in the last four races, and eight times this year. He failed to do so at the Circuit of the Americas last year, however, when Vettel finished second.

The Circuit of the Americas, like Japan, features a track lay-out that tests all attributes of a Formula One car, and a competitive lap time is not possible without excelling across the board. Sector One concerns medium-high speed turns grouped close together, requiring quick change of direction; Sector Two rewards power unit efficiency with the long back straight; the final Sector examines low speed performance, with a series of tight turns.

United States GP: Untouchable Hamilton has one hand on the title