Lotterer: Joke of the Year 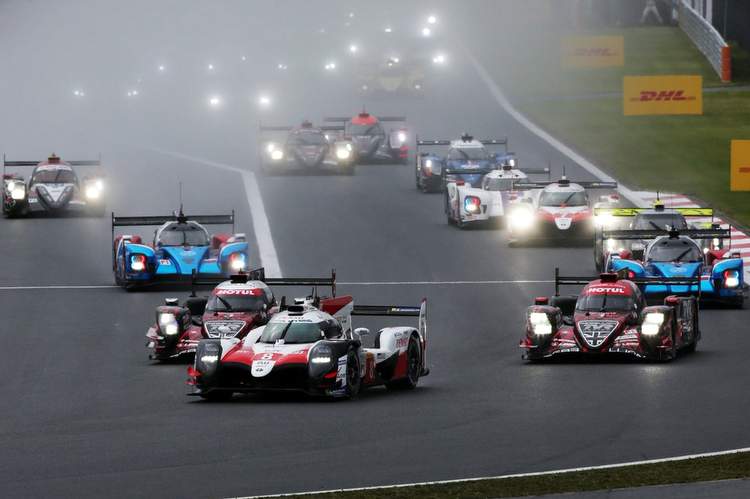 Andre Lotterer has taken a swipe at Fernando Alonso in the wake of the Spaniard’s claims, after the WEC round at Fuji on Sunday, that the privateer teams are considerably closer to the Toyota Gazoo Racing effort than people think.

The Rebellion Racing driver finished third behind the two Toyotas, at the fourth round of the championship in Japan last Sunday, and clearly found Alonso’s post-race claims amusing.

Lotterer linked to Alonso’s comments on Twitter, labelling them the “Joke of the year”, with former Porsche teammates Neel Jani and Earl Bamber also having a chirp.

The Japanese manufacturer is the only works team in LMP1 this year with their two-car effort and started the season obvious favourites, living up to the tag as they have dominated the first four races this year.

After finishing second in Fuji, Alonso said, “People are always talking about Toyota’s dominance, but SMP and Rebellion were doing the same times as us when they had a clear lap.”

“To have a car that’s been developed for four months doing the same times as a Toyota with 10 years of development is unfair if we want to call it that, but they nailed it.”

“Other times they lose three or four minutes more than us in the pitstops during the six hours, and then when they finish three or four laps behind, it looks as if the Toyotas are racing alone, but that’s the result of a race that’s perfectly executed.”

“It is true that we are getting considerably closer when we look at this race to the LMP1 privateers, which weigh less and have more fuel available to them. As with the previous race [Silverstone], we got the difference of four laps, but I think that it is [down to] team strength – tyres properly selected, pitwork done properly.

“[The privateers] are considerably closer in terms of one-lap speed, but endurance races are not decided by one lap. And because the regulations do not restrict our ability to keep our fighting strength steady for six hours, that difference is four laps.”

The Spaniard has not been shy to up-sell his achievements in his first campaign in the WEC, previously claiming his Le Mans victory was at “a higher level” in the 24-hour endurance race’s history because of the depth of the LMP1 field.

After Suzuki, Alonso with teammates Buemi and Kazuki Nakajima top the championship standings after the fourth of eight rounds of the 2018/2019 WEC Superseason