Where has it all gone wrong for Ferrari and Vettel? 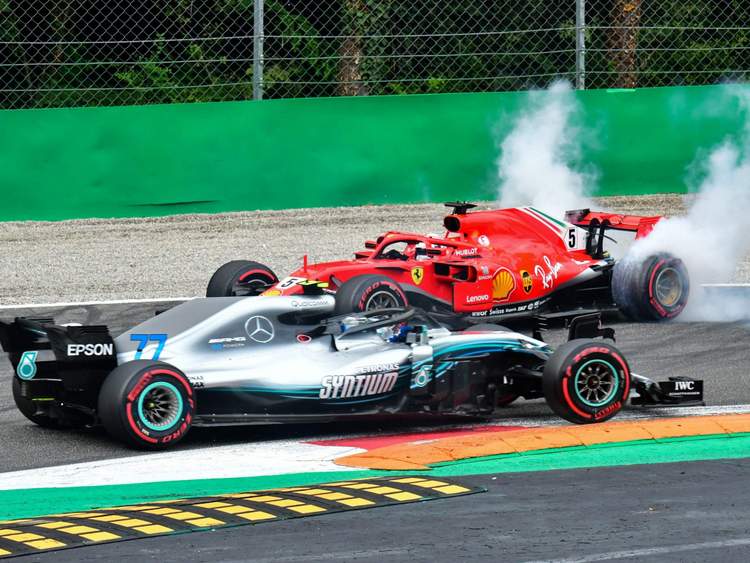 While nothing is a certainty in the sporting world and certainly not when it comes to Formula 1, there is perhaps the air of resignation in the Ferrari camp as Lewis Hamilton looks set to win a fifth Drivers Championship.

With 100 points left to play for, the defending champion Hamilton finds himself with an advantage of 67 and knows that if he manages to finish at the sharper end of a Mercedes 1-2 in the next race then he will retain his title as the best driver in the World.

For it not to be the case then Hamilton and his Mercedes are going to have to suffer wretched luck in the final four rounds of the Championship, something that when you consider the reliability of the Mercedes this year is unlikely to happen.

And with the crowning of this year’s top driver a mere formality, Ferrari and Sebastian Vettel will be asking themselves just where it has all gone wrong. After winning the British Grand Prix at Silverstone, the German sat top of the standings with a seven-point advantage over his arch rival.

That has now turned into the current deficit of 67, meaning that in the six races that have followed there has been 75 points swing in the direction of Lewis Hamilton and in those half dozen race meetings he has won five of them.

The only brief glimmer of light that Ferrari have had since the German Grand Prix was a win at the fabled Spa-Francorchamps circuit in Belgium. Since then though it has been a quartet of races to forget for the four-time World Champion.

The fact is it there are a number of reasons as to why Ferrari have not been firing on all cylinders since their British Grand Prix success, one of them is the undoubted hunger that Lewis Hamilton has shown since missing out on victory on home soil.

He just seems to want it that little bit more than that of Vettel and has perhaps been more focussed in this last few rounds. A point that is all the more evident when you consider there have been some uncharacteristic mistakes from Ferrari’s ace as of late.

The Italian GP: The one big turning point

A perfect example of this will have been when Vettel and Hamilton had a brief coming together in the Italian Grand Prix with the former coming off a lot worse and being sent to the back of the field, and although he recovered to finish in fourth the championship damage was definitely done.

The same can be said for his exploits in the previous round in Suzuka, Japan. Here it was arguably a move more out of desperation than anything else as he tried to squeeze himself past Dutch sensation Max Verstappen in a gap that quite simply was not there.

That error meant that Vettel had to settle for just sixth place in Japan, as any lingering hopes of winning a first Drivers Championship since 2013 faded into the distance. A wait that will now have to continue to 2019 at the earliest.

No one would have expected such a turnaround at the top of the leaderboards. And, even if it is not too late for punters to use a genting bet promo code for example, it is pretty obvious that the odds on Hamilton are lower than ever and betting on Vettel is way too risky.