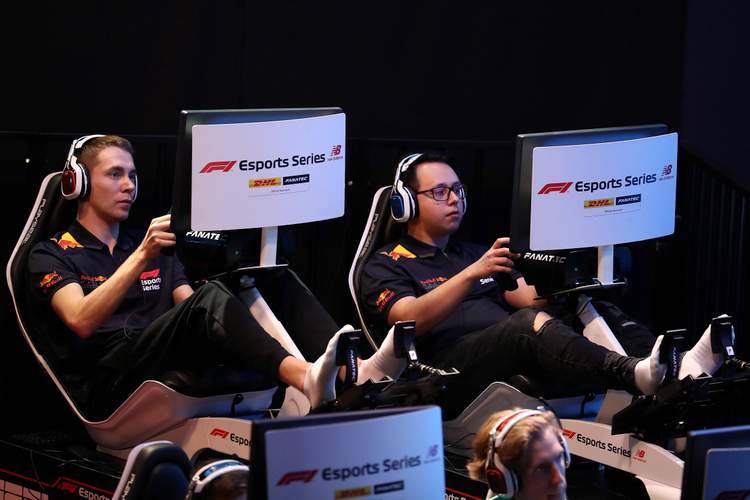 The Team took a podium and two further points finishes from the opening three races to lie third in the teams standings after Round 1 of the three-event series.

Three months after the first Pro Draft saw teams choose their squads for this year’s championship from 40 of the world’s top racing gamers, Finland’s Joni Törmälä and Britain’s Graham Carroll suited up in Red Bull colours for the first three races of the series, at Melbourne’s tight and tricky Albert Park, the vast Shanghai International Circuit and the notoriously challenging Baku City Circuit. Each race is 25% distance of a real-world grand prix.

“I have mixed feelings about my performance on the day but it’s great to get started with the series and the Red Bull Team. The first race was obviously good but things didn’t quite go to plan in the following qualifying sessions and after that it was all about damage limitation. Myself and Graham need to work more on qualifying but sometimes it’s not in your hands and there’s nothing you can do, but I’m sure we’ll bounce back from it next time. Ahead of the next race it’s just about putting in more hours and more laps on the game. I think our practice for this event was pretty good, but we can always improve and our aim is obviously to be the best out there.”

“I feel pretty good. To come away with fifth overall in the drivers’ standings isn’t too bad for our first event and we can certainly build on this. Australia was really good and I’m pleased with fourth there, I think I was eighth in China, so we were in the points and in the mix. I didn’t have a good final round in Baku which lost me a lot of points. I got sideways at the first corner and suffered front wing damage, so the rest of the race was a bit of a struggle but my aim looking forward is to be consistent. It’s a 10 round championship and there’s a long way to go. I think if I hadn’t damaged my wing in Baku I would have been in the top 10 in the last round which is a little frustrating. But Baku is a crazy track and it was a crazy race!”

Next up in the F1 Esports Pro Series schedule, the teams will descend on the Gfinity Arena on 31st October for Rounds 4-6, followed by the Grand Finale on 16th – 17th November.