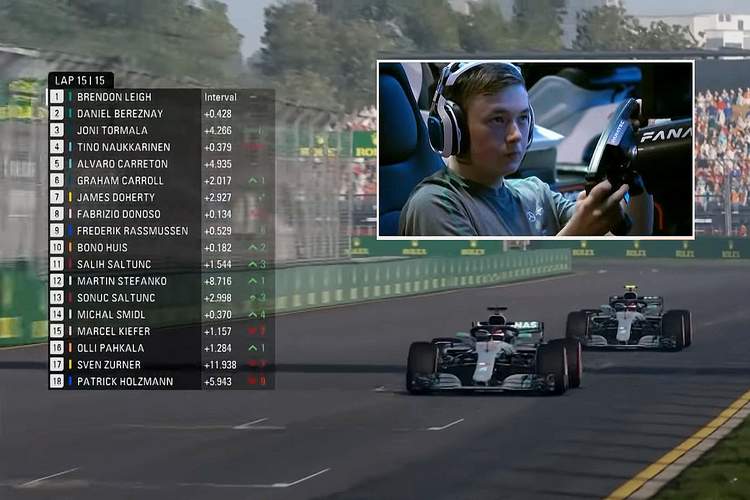 Across social media the event has reached 2 million people and generated 1.2 million views to date. It was also broadcast globally on selected TV networks – bringing the excitement and exhilaration of Formula 1 to a new generation of fans across the globe.

Dominating in both the real-world and virtual world of Formula 1, Mercedes and its drivers have had a strong start to the Series. Mirroring the drama of the 2018 Formula One World Championship, in which Lewis Hamilton is approaching his fifth championship, reigning F1 Esports champion Leigh is now targeting a second title in the Pro Series.

The first race of the Pro Series saw the drivers take on the Australian Grand Prix Circuit in Melbourne. In full control from beginning to end, Leigh started from pole position to take his first win. Then came Tino Naukkarinen of Williams Esports, followed by Red Bull Racing Esports Team’s Joni Tormala in third.

The second Grand Prix was at the Shanghai International Circuit in China. A dramatic race unfolded that saw Leigh work his way up the field from fifth, to secure his second win. Second place went to Toro Rosso Esports Team’s Frederik Rasmussen, with Daniel Bereznay of Mercedes in third.

The infamous street circuit of Baku was the stage for the final race, and it turned out to be a tense battle. Bereznay led for much of the race, only to be overtaken in a nerve-wracking few corners by both Rasmussen and teammate Leigh.

The race reached a dramatic end on the final lap with Leigh overtaking Rasmussen, only for the Danish driver to steal the win from Leigh on the finish line. Bereznay crossed the line in third. 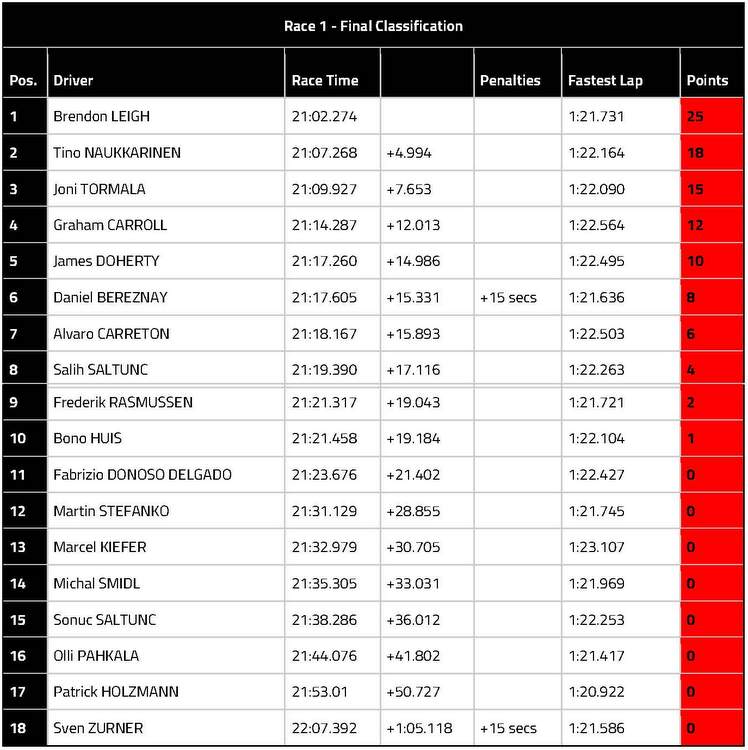 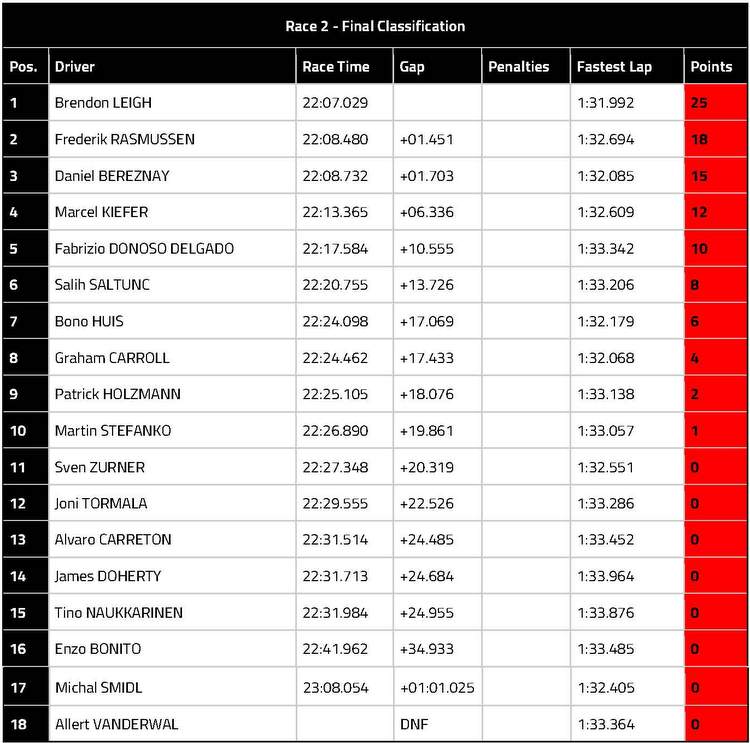 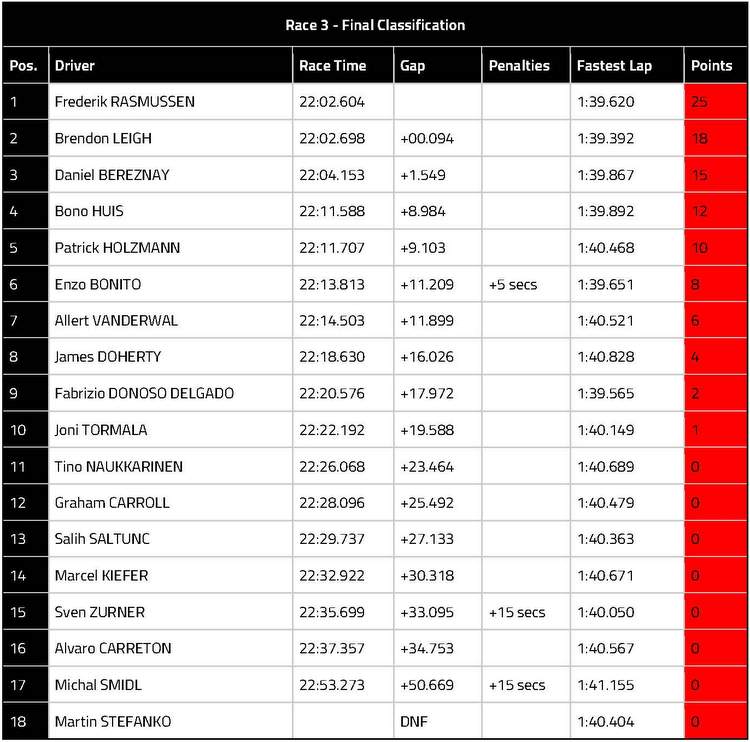 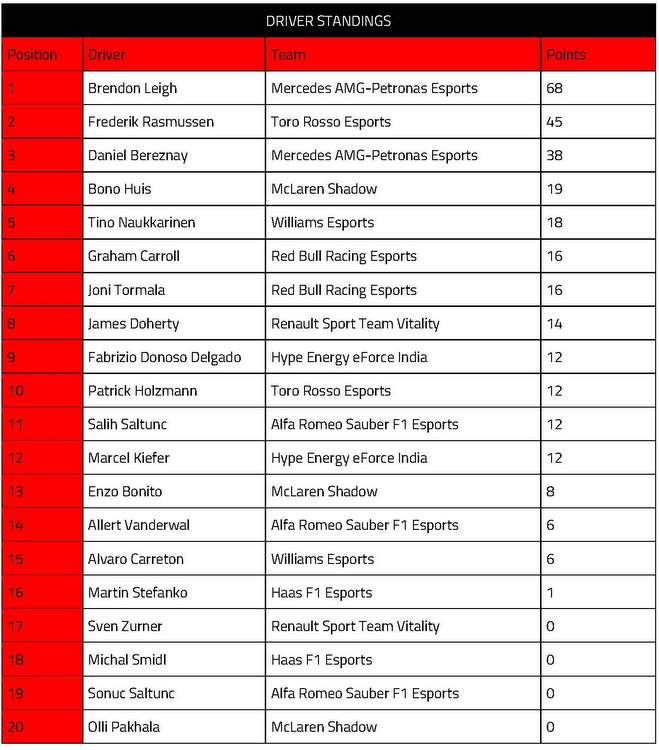 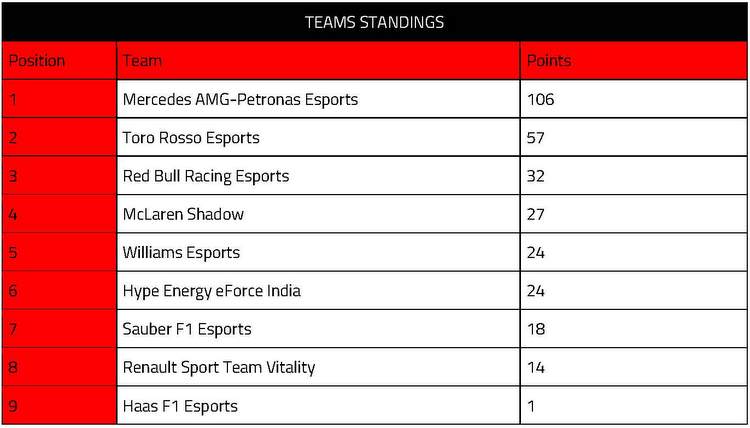 The F1 New Balance Esports Pro Series has brought together the most talented motorsport gamers in the world for the second year in a row. This year, the drivers had a once-in-a-lifetime opportunity to race with the backing of some of the most prestigious names in motor racing following an intensive selection process.

The Pro Series comprises of three live events held at London’s Gfinity Esports Arena, with drivers competing for the coveted prize fund of $200,000 – allocated to the teams based on their positions in the team standings. The second event will take place on October 31st followed by the Grand Final across November 16th and 17th.

The Pro Series is the exciting finale of the award-winning F1 New Balance Esports Series, which saw 66,000 players compete over four online qualifying rounds earlier in the year to secure a coveted place in the inaugural F1 Esports Pro Draft in July.

Completing 1.1 million laps in F1 2017, the official game of the FIA Formula 1 World Championship on the PlayStation 4 computer entertainment system, the Xbox One family of devices including the Xbox One X and PC. The Pro Series was the first time that the competing drivers raced on F1 2018, which was released on 24th August 2018.