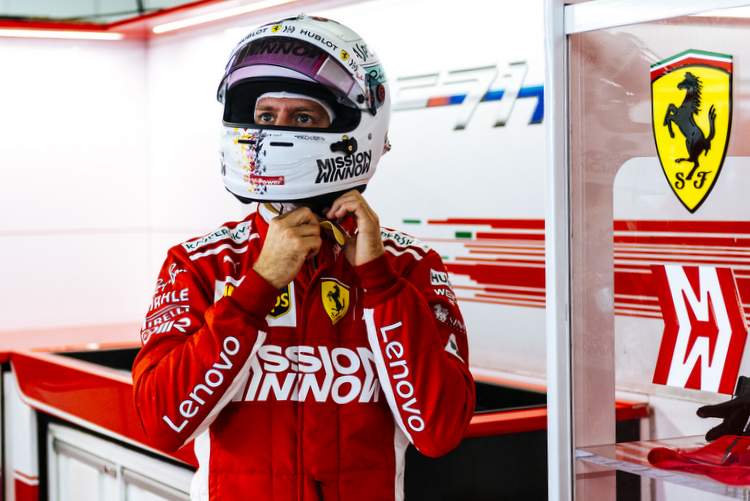 Even Mission: Impossible star Tom Cruise would baulk at the task facing Ferrari’s Sebastian Vettel after a dismal Japanese Grand Prix weekend for the German and his Italian team.

Vettel’s hopes of winning a fifth Formula 1 title this season moved away from slim and closer to virtually non-existent after Suzuka.

Lewis Hamilton’s pole-to-flag victory, the Briton’s sixth win in seven races and ninth of the season, delivered another hammer blow to a rival whose challenge has swiftly self-destructed.

Vettel is now 67 points behind his Mercedes rival with four races — worth a maximum 100 points — to go.

The battle between the two four-times champions looks effectively over, even if there is still fighting talk from Maranello.

“I know that the situation looks impossible,” Ferrari team boss Maurizio Arrivabene said on Sunday. “But our job sometimes is to challenge the impossible. This is what we are going to do and we try to do for the future four races.”

In fact, it could all be over in two weeks’ time at the United Grand Prix in Austin, where a win with Vettel finishing lower than second is all Hamilton needs to seal the deal with three races to spare.

“You say nearly, so obviously there is still a chance,” said Vettel, cutting a resigned figure as he spoke to reporters.

“At the last couple of races we made it a bit too easy for them but also credit to them as they executed well, which is the name of the game.

“We need to look after ourselves and do our bit the next couple of races and then we see.”

Ferrari’s campaign has unravelled spectacularly as the season has worn on, with what appeared set to be a titanic battle of two four-time champions instead turning into a one-horse race.

Mistakes from both Vettel and the Italian team, as well as strategy blunders such as a failed tyre gamble in qualifying at Suzuka, have cost them dear.

They no longer have the fastest car, with Mercedes locking out the front row and finishing in one-two formation in the last two races.

Hamilton is also in the form of his life and has to be favourite for victory again in Austin, where he has won every race bar one since the Texan track joined the calendar in 2012.

Vettel’s highest finish since his win in Belgium at the end of August has been third and he will need to win at least the next two, with Hamilton failing to score, for any miracle to look remotely possible.

Still, neither Mercedes nor Hamilton are taking anything for granted.

“A DNF and the consequent bad result suddenly wipes off a large chunk of your points,” said Mercedes boss Toto Wolff.

“I know from the probability standpoint it doesn’t look likely, but this is motor racing.

“I’ve seen many black swans swimming across the pond in my life… that’s why I’d rather wait until it’s really done.”

How Hamilton can seal the deal in Austin on 21 October: