Pippa Mann: What a sad day for motorsport 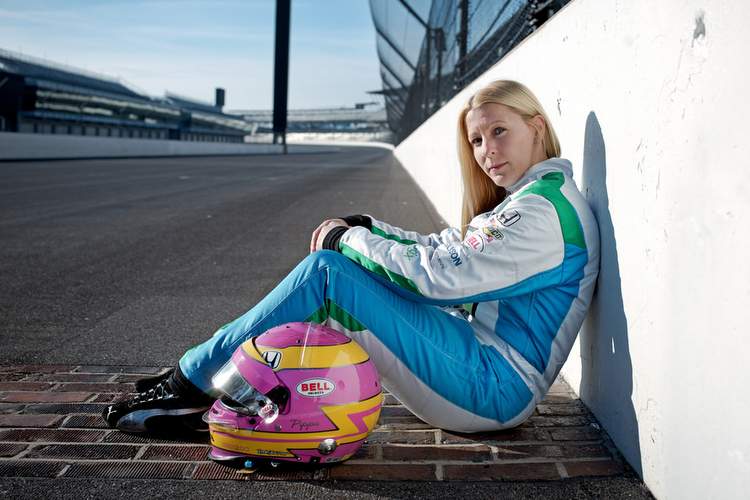 USA-based British racing driver Pippa Mann has slammed the creation of a female only WSeries launched today as an initiative aimed at providing opportunities for women to progress into Formula 1.

Mann, an occasional Indycar contestant and professional race driver criticised the concept when it was first bandied about last year, but now with backing from the likes of former F1 drivers David Coulthard and Kevin Magnussen, design guru Adrian Newey and F1 media man Matt Bishop the series has legs and will become reality.

Shortly after the announcement on Wednesday, 35-year-old Mann wrote in her Tweet, “I am deeply disappointed to see such a historic step backwards take place in my lifetime.”

“What a sad day for motorsport. Those with funding to help female racers are choosing to segregate them as opposed to supporting them,” she added.

Mann’s stance on the matter is well known, previously she made it clear, “As female racers we are racers first, and our gender comes second. We grew up dreaming of winning races, and winning championships, against everyone – the same as every male racer does.”

“We did not grow up dreaming of being segregated, and winning the girl’s only cup,” added Mann.

Later she added in a statement later, “Today is a dark day for motorsport. I am deeply saddened to see such a monumental step backwards being taken with the official launch of the ‘W-Series’ in Europe, and those with funding and influence to help support female racers, instead choosing to be part of segregating them out of general competition.”

“I am of the strongest possible opinion that if you wish to help female racers continue to race, and if you wish to see us rise to the top, that supporting us as opposed to segregating us is the way forwards. This series will cost millions to run. Think how many talented racers could be support in F4, F3, GP3, GP2, touring cars, sports cars… These racers could be given the tools and the opportunity to rise to the top…”
“To be clear, I stand WITH the racers who feel they need to join this series to keep racing. I stand against the people who are preying on racers like me, without the funding to race full time, or even often, and who are being forced into this position under the guise of ‘opportunity’.”

What a sad day for motorsport. Those with funding to help female racers are choosing to segregate them as opposed to supporting them. I am deeply disappointed to see such a historic step backwards take place in my life time. https://t.co/8ZrKqaADwx