Abiteboul: We must be more aggressive, faster and smarter 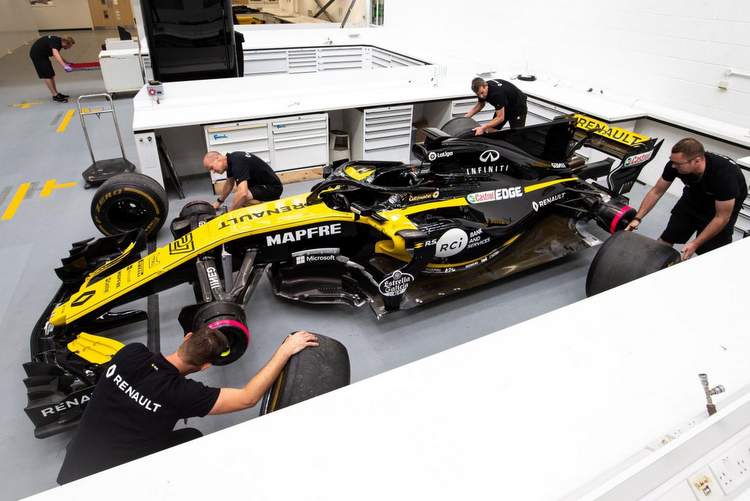 As his drivers and team ambassador raise the alarm bells, Renault team chief Cyril Abiteboul is plotting strategy for 2019 while acknowledging that his engineers need to extract more power from their package, for qualifying in particular.

Speaking to Nice Matin after a below-par Japanese Grand Prix weekend, for the French team and their customers, Abiteboul said of the deficit to Mercedes and Ferrari, “The gap has not closed and has even increased a little. Thinking ahead to 2019, we must be more aggressive, faster and smarter, we need to think differently.”

“You know, Formula 1 is often portrayed as a sport where the human is second, where everything depends on the machines, but in reality, there is not a single sport that mobilizes so many, we are a team of 1200 people.”

Renault power, or lack thereof, has long been an issue between Red Bull and the French outfit, with Max Verstappen notably vocal about what is bolted on to the back of his car.

In response, recently Abiteboul chastised the Dutchman, claiming he as the only one of all the drivers that complained about engines.

A few days later his own driver Nico Hulkenberg declared “if you snooze you lose” with regards to lack of development to the RS18 and them went public with his concerns after a dismal qualifying, in which of all six Renault powered drivers only Verstappen made it into Q3 while the McLarens were slowest of all.

Hulkenberg’s sentiments were echoed by Alain Prost, while Carlos Sainz, who salvaged a point after a tough afternoon at Suzuka, also lamented the lack of horsepower at his disposal.

However, after the race, Abiteboul claimed it was “an important result for the team.” And added, “After Sochi, it is further evidence that our race pace is competitive at this stage of our development.”

“We’ve also shown that the power unit is capable of doing great things in race conditions at high-power sensitive circuits, like Suzuka, with Red Bull Racing fighting for second place in these track conditions. ”

“It’s clear what needs to be fixed and that’s improving our qualifying pace. We’ve seen that small differences can play a huge role in starting between seventh or fourteenth.”

“We absolutely need to get on top of this and get the car back where it belongs at circuits which should be better for us,” insisted the French team boss.