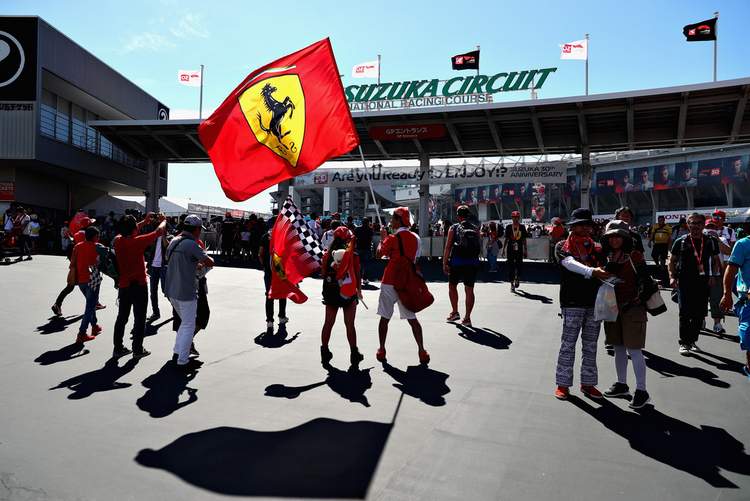 In the aftermath of their mistake littered Japanese Grand Prix weekend, Ferrari and their star driver Sebastian Vettel have come under vehement criticism from Italian media.

In qualifying on Saturday at Suzuka the team botched their strategy and Vettel compromised his race by messing up his final Q3 run. On Sunday, from eighth on the grid the German got involved in a well-documented scrap with Max Verstappen and the rest is now history.

After the dust settled, now Vettel trails Lewis Hamilton in the drivers’ standings by 67 points, while Ferrari are 78 points behind Mercedes on the constructors’ table with four rounds remaining.

Italian media went to town on the Reds in editorials published on Monday:

La Gazzetta dello Sport: “Ferrari in ruins. Their strategists make mistakes, a weak driver learns nothing from mistakes, the team boss attacks his team and a car in decline. Before Monza, you could hardly have imagined such a collapse.”

Corriere della Sera: “The German adds to his collection of dreadful mistakes by destroying a fantastic start. These errors are an indication of a deep turmoil within the four-time champion, who is experiencing a severe crisis of confidence.”

La Repubblica: “Hamilton is close to Fangio’s record as Ferrari’s season collapses. Vettel chose the worst moment to capitulate and Ferrari crumbles under team boss Maurizio Arrivabene, who now criticises his own team.”

La Stampa: “Maybe it is bad luck, but it is also a fact that Sebastian Vettel can no longer do anything right.”

Corriere dello Sport: “The problem can only be the team and the drivers, Vettel is in a deep crisis.”

Beyond the obvious disdain for the poor result in Japan, more troubling for the Tifosi is likely to be revelations that all is not well in the corridors of power at Maranello.

Vettel: If I don’t go for that gap I may well stay at home

Arrivabene: I am very angry and very disappointed