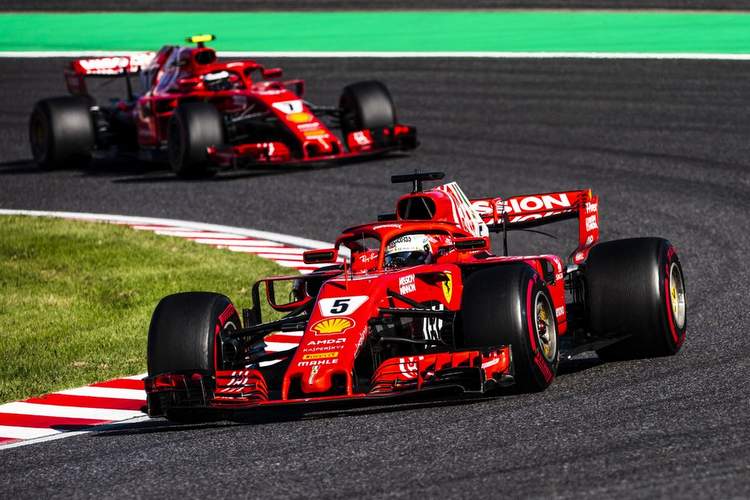 Formula 1 motorsport chief Ross Brawn provides his insight in the aftermath of an incident-packed Japanese Grand Prix at Suzuka, Round 17 of the 2018 Formula 1 World Championship.

In a nutshell, on Sunday in Japan, Lewis Hamilton led home Mercedes teammate Valtteri Bottas for their fourth one-two finish of the season while title rival Sebastian Vettel tripped up once again, after colliding with Max Verstappen early in the race the Ferrari driver played catch up from the back of the field to claim sixth place.

After claiming his ninth win of the season, the 2018 championship is all but decided as with four rounds remaining Hamilton leads Vettel by 67 points in the drivers’ standings while Mercedes are 78 points ahead of Ferrari in the constructors’ title race.” 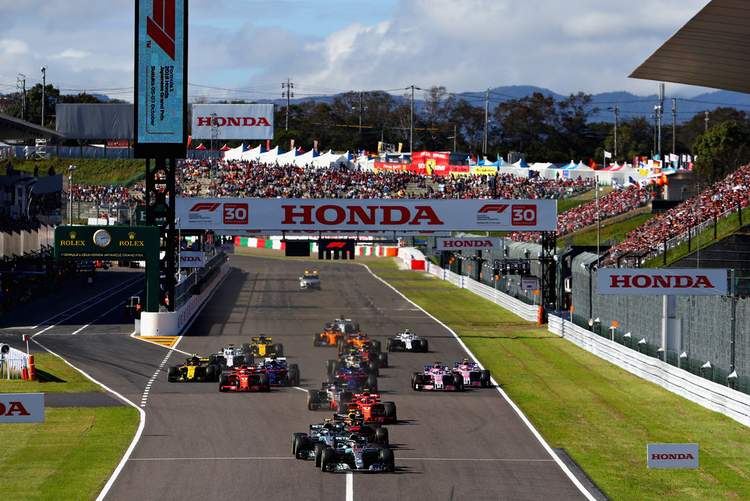 Here is Brawn’s take on the race weekend at Suzuka:

“Back in the summer break, I doubt Lewis or his team believed they could do that so soon. Back-to-back wins in Germany and Hungary made up for the reigning champion’s disappointment at Silverstone, where it was clear that Sebastian Vettel had the most competitive technical package that Mercedes had ever come up against in this hybrid era.

“From Hockenheim to date, Lewis has picked up 168 points out of a possible maximum of 175, while his title rival has only managed 93. On some weekends, Hamilton was note perfect, while on others the team helped him out, as was the case in Sochi, or they simply benefited from the mistakes of others.

“That means that he has a 67-point lead and he only needs to score eight more points than Vettel at COTA to equal Juan Manuel Fangio’s tally of titles. Another one-two for Mercedes would mean party time in the Hamilton household.” 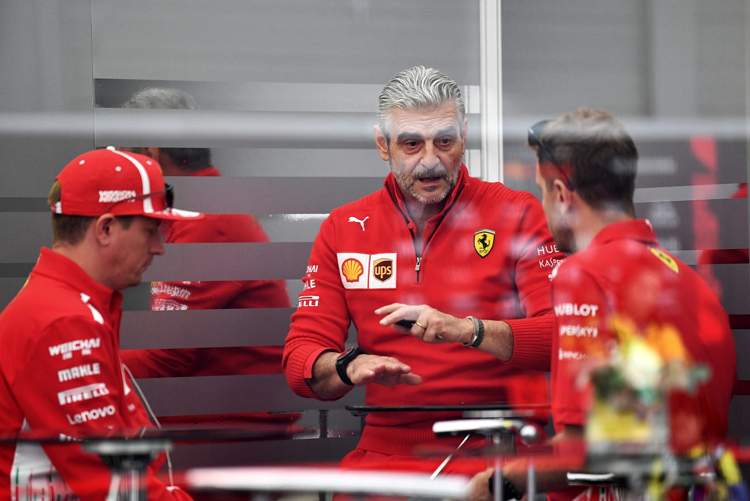 Where’s the problem at Ferrari?

“As was the case last year, in September and October, Ferrari seems to have gone off the rails. Up until Monza, the Scuderia had seemed capable of fighting for both titles all the way to the end, but the trips to Singapore, Russia and Japan put a stop to that, particularly in the Drivers’ classification. As an outsider it’s always difficult to give a correct assessment as to why this has happened.

“It’s obvious from even a brief analysis of the way the car behaves that Ferrari has a very strong technical package, thanks to the efforts of the past few years which has seen the team close a technical gap to Mercedes that had developed since the introduction of hybrid power units in 2014.

“Compared to last year, even Ferrari’s reliability has improved. So where’s the problem? There is no doubt the shock of the sudden death of its leader, Sergio Marchionne, who had been such a strong reference in the team, will have a major impact, and that is totally understandable.

“Having experienced many crises myself during my time with Ferrari, what I know is that this is the time to come together, stay united and look ahead, without resorting to recrimination and playing the blame game.

“Drivers, engineers and management all win and lose together, which is an unwritten rule in every sport, not just Formula 1. Everyone at Maranello knows that. Now is the time to try and turn things around and finish in style a season that has many positives.” 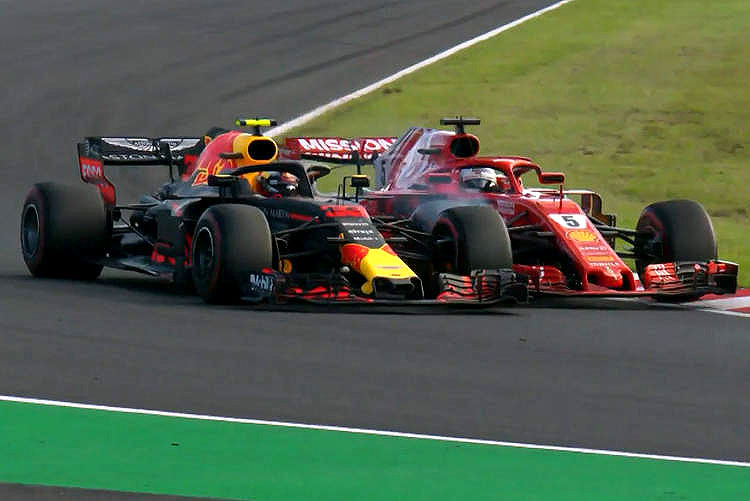 “Max Verstappen turned into Ferrari’s worst nightmare in Suzuka. He collided with Kimi Räikkönen at the end of the first lap, which earned him a hotly disputed five-second penalty, and the Finn not only lost fourth place to his team-mate Vettel, but more significantly the aerodynamics on his car were compromised, especially at the front.

“A few laps later and it was time for another incident, this time with Vettel, and the German lost out as he sustained damage in the coming together, spinning and dropping to P19. This time, the Stewards felt it was a racing incident.

“Regardless, Max demonstrated that, at this track, the Red Bull could fight Ferrari and the Mercedes of Valtteri Bottas on equal terms. Indeed, the Dutchman chased Bottas for second place right up until the final lap, even if he never really had a genuine passing opportunity.” 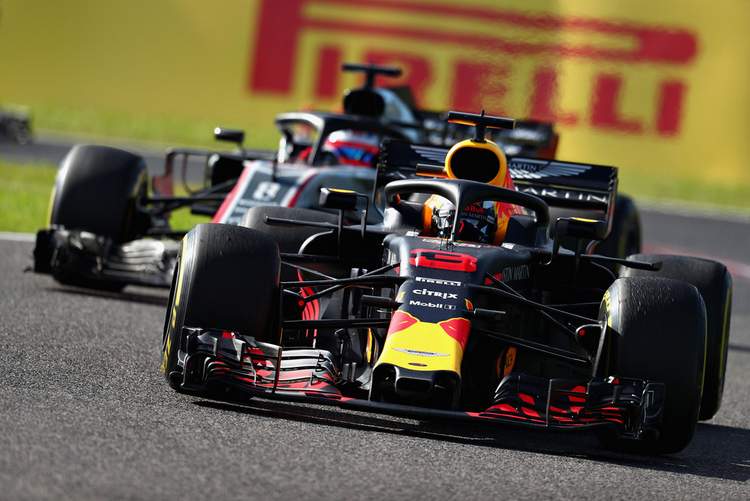 Daniel put on a great show

“In the other Red Bull, Daniel Ricciardo also put on a great show, with the Australian finishing just off the podium having started from 15th place on the grid. It was yet another great climb up the order, following both his and Verstappen’s in Sochi.

“Red Bull are no doubt lamenting the reliability problems they are having with Renault, as a relationship that brought so much success and glory to the Milton Keynes-based squad and to Renault’s Viry engine facility comes to an end.” 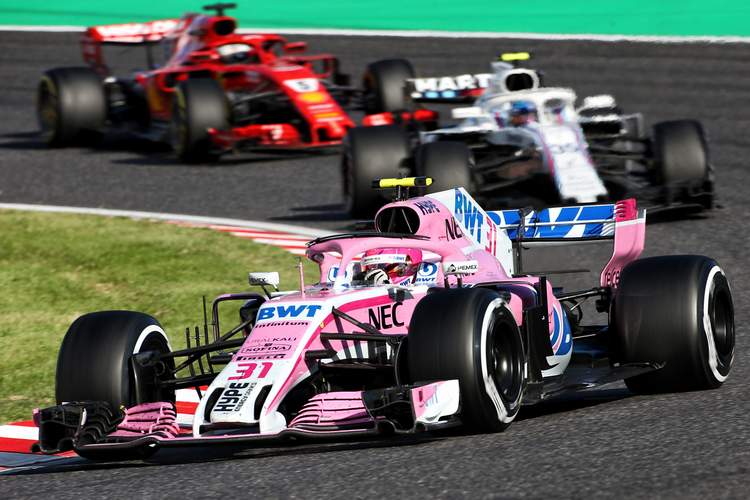 Force India can be hugely proud

“The fight for the ‘Best of the Rest’ title gets more closely contested with every passing race. Racing Point Force India were the deserved winners in Suzuka, with a repeat of their success at Spa and Monza.

“The personnel working at Silverstone can be hugely proud of what they’ve achieved this year, in really difficult circumstances. Total the points from the pre-Belgium team and the reborn squad and Sergio Pérez and Esteban Ocon have brought home over 100 points between them, which is impressive given the constraints the team was working under.

“They could do even better than their current seventh place, as sixth-placed McLaren are only 15 points ahead and over the past five races the Woking team have only picked up six points compared to 43 for Racing Point Force India.

“That alone is motivation for the drivers, especially Ocon, who is currently without a drive for 2019, while Pérez, the only driver from outside the top three teams to make it to the podium this year, must be looking to put on a good show for the fans in his home race at the end of this month.” 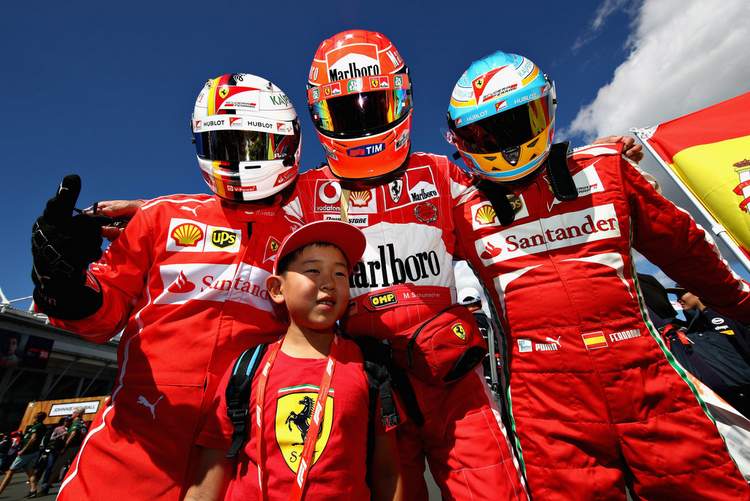 “The enthusiasm of the Japanese fans is truly incredible. Once again this weekend, the sights and sounds in the grandstands and around the track were amazing. From Friday to Sunday, 165,000 people turned up, which is an increase of 18,000 over the previous year.

“That’s gratifying for the promoter who worked so hard to provide various forms of entertainment for the fans in this the 30th year that Formula 1 has raced at this track.” 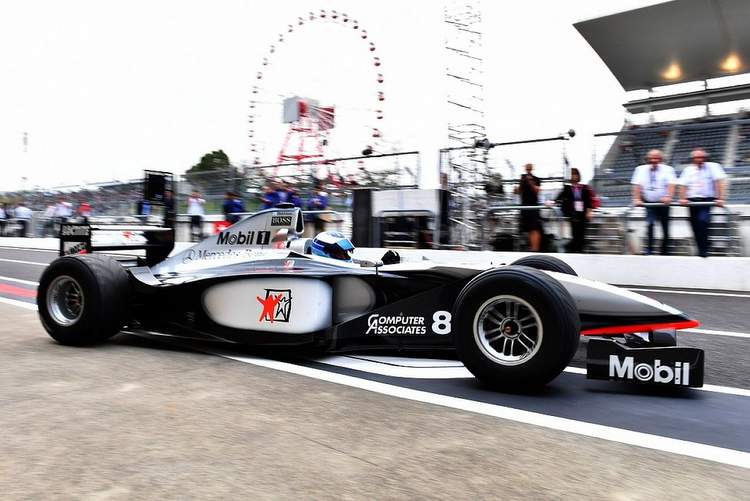 “There was also a great display on track from a number of historic F1 cars and I was particularly pleased to see, admittedly only on video, the Ferrari 248F1, the last car from when I was in charge of the technical side in Maranello.

“Some of these cars were driven by their current owners, while others were reunited with those who raced them, such as Mika Häkkinen and Felipe Massa. Suzuka remains a really special round on the calendar, both as one of the greatest and demanding tracks we race at and because of the passion and creativity of the Japanese fans, famous for their amazing displays.

“It’s therefore very pleasing that a new three-year agreement with the local promoter will see this race remain an important addition on the Formula 1 calendar.”