Morning After: Another Mess at Ferrari 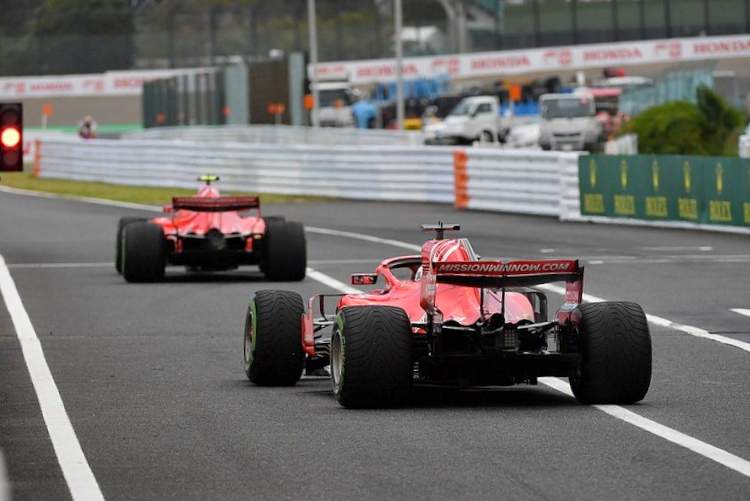 On a day that saw Lewis Hamilton claim his 80th career pole position, the spotlight was once again on Ferrari after a disastrous effort in qualifying for the Japanese Grand Prix at Suzuka.

If there was any mystery to their struggles in Singapore and Sochi, the same can’t be said of Ferrari on Saturday in Suzuka.

Yes, Mercedes seemingly have the better car and yes, Lewis Hamilton seems to be particularly “on it” right now, but there’s no denying that for their part, Sebastian Vettel and the Scuderia simply bottled it in qualifying.

Indeed, you could argue Saturday was above and beyond anything we’ve seen so far this season in the “Ferrari choke” department, as their initial mistake of starting Q3 on inters actually gave them the best track conditions for both Seb and Kimi Raikkonen’s laps.

Naturally, they proceeded to not just look the gift horse in its mouth, but kick its teeth in, as both drivers proceeded to run their cars onto the wet kerbs and out of pole contention, handing Lewis an 80th career pole he should’ve been made to sweat much more for.

For Ferrari’s sake at least, I just hope this didn’t all start with them buying any sort of “dummy” from Mercedes to make their own start on inters, as that would be even more humiliating, but in any case, it really does seem like the pressure has infected the team as a whole. It’s one thing to suffer a lapse in one area, but when you’re unable to execute at any level, what other explanation is there?

In any case, if the Scuderia wants at least a podium – and especially if they want to keep Seb in the title fight – they’re going to need something special on Sunday. Right now, you wouldn’t bet on that happening – sorry, “bobmendon”.

Saturday was a particularly crazy day for Sauber, who had Marcus Ericsson bin his car, Charles Leclerc nearly follow him, and yet with Esteban Ocon’s penalty, will start Leclerc in P10 with a free choice of tyres.

Possibly the world’s most upbeat man, it takes a lot to get to Daniel Ricciardo – it’s safe to say Saturday qualified. His malfunctioning throttle actuator in Q2 was the latest in a seemingly never-ending string of misfortune, and you have to think that at this point, he just wants the season to be over.

On a related note, how about Toro Rosso-Honda? The new spec engine seems to have done the trick, with Brendon Hartley and Pierre Gasly finishing P6 and P7 respectively. Ricciardo might not have been the only person letting out an f-bomb when he saw those times…

With the amount of tyre degradation that we expect for the race, the theoretical quickest pit-stop strategies predicted by Pirelli are as follows:

TWO EQUALLY QUICK STRATEGIES ONE-STOPPER: 1 stint on soft for 25 laps + 1 stint on medium to the flag

QUITE CLOSE ONE-STOPPER: 1 stint on supersoft for 20 laps + 1 stint on medium to the flag