Bottas: My job was to bring the car home in P2 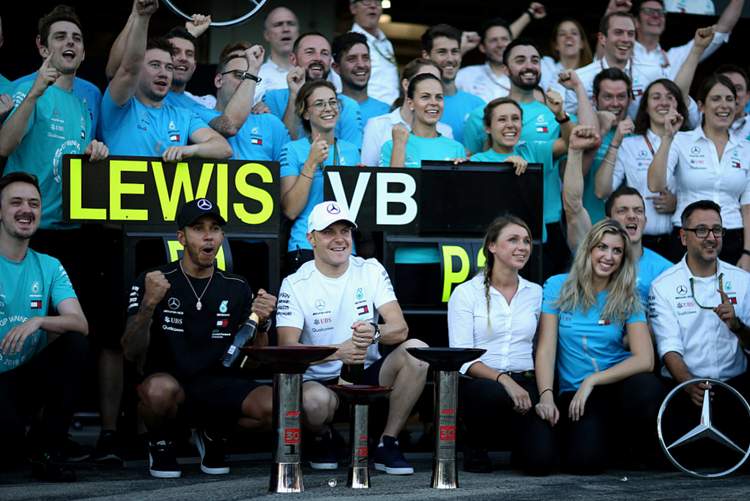 After playing the role of subservient wingman two weeks ago in Sochi, Valtteri Bottas was ready to play the role again during the Japanese Grand Prix.

However, the Finn was not called on as he followed Mercedes teammate Lewis Hamilton over the line to notch up another dominant one-two for the team – their fourth this season!

Speaking after a race in which he spent most of the afternoon as the buffer between Hamilton and whoever intended to pursue, Bottas said, “My job today was to bring the car home in P2. There was no panic.”

“I think yesterday was the decisive moment really and after the race started, I knew how the race was going to be,” explained the Bottas who a day earlier was outqualified by the man in the #44 car.

Late in the race, the #77 Silver Arrow appeared to slow considerably, allowing chasing Max Verstappen to have a sniff, but that was all, “It might have looked more difficult with Max than it was. I had a little bit left at the end. I had some blistering on the tyres, but it was not a massive concern.”

“We were lucky that Red Bull were the team challenging us and not Ferrari, as Red Bull do not have the same pace. We need to win this title and the constructors’ championship.”

“I can’t win the title, so I’m hoping for Lewis to win it, and sooner rather than later,” insisted Bottas who has yet to win a race this season while his teammate has bagged nine victories.