Russia on the rise in Formula 1 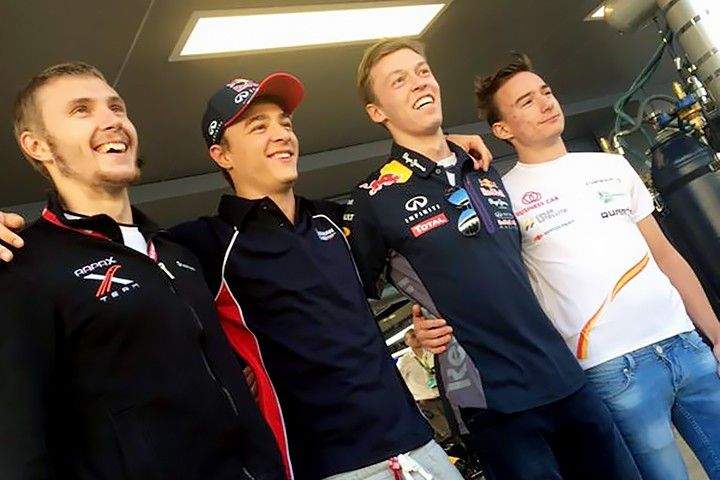 Nearly a decade on from Vitaly Petrov becoming the first Russian driver to race in Formula 1, the country could be the most represented on the starting grid next season.

If that sounds unlikely, with only Daniil Kvyat confirmed so far at Toro Rosso in 2019, it is not beyond the bounds of possibility.

Sergey Sirotkin is at Williams and hoping to be retained while compatriot Artem Markelov is on that team’s list of candidates to replace Canadian Lance Stroll, who is set to join Force India now that his father owns them.

Britain, Germany, France and Finland all have two drivers confirmed at present in the U.S-owned series but nobody has three.

On performance grounds, Markelov would be an outside prospect against Frenchman Esteban Ocon, who has impressed at Force India, or Britain’s Formula Two champion-in-waiting George Russell.

Both Ocon and Russell are backed by Mercedes, Williams’ engine suppliers who want to find them a seat for 2019.

But Williams, former champions now languishing at the bottom of the standings after a dismal season, may have to make a commercial decision based on funding rather than track performance.

In which case the possibility of two well-funded Russians might be attractive, assuming also that Sirotkin is not replaced by his compatriot.

Markelov, 24, is now in his fifth season in the GP2/F2 feeder series and was overall runner-up last season to Charles Leclerc, now at Sauber and about to move to Ferrari next season.

The Russian is also a Renault development driver — the same role Sirotkin, 23, had before moving to Williams — and took part in first practice for the French team at his home grand prix in Sochi last Friday.

Williams sources confirmed Markelov was among those being considered.

“All the press, media are saying all the time I’m going to Williams but it’s not 100 percent. We don’t know yet. It’s really like 100 percent rumours,” the driver told Reuters in Sochi.

The Russian has proved himself quite a character in the smaller pond of Formula 2, a series he now finds dull and is ready to abandon.

“I’m not interested in driving F2 already. I’m quite happy I did quite a lot of years here and made huge progress, mentally and physically and understanding how to drive this car. But they need to give me a Formula One drive already,” he said.

“OK, the last year was pretty good but this year is really frustrating…when I was coming from the Formula One car to the Formula Two car I was just sitting and feeling like its undriveable.

“I feel like I need to grow up, I’m a bit too old for this car already.”

There has been plenty of Russian interest in Formula One since Petrov first raced with Renault in 2010 and the country made its debut on the grand prix calendar in 2014.

Sirotkin, a rookie this year, has come through the SMP Racing young driver programme set up by Russian oligarch Boris Rotenberg.

Potash producer Uralkali, a business linked to billionaire Dmitry Mazepin whose son Nikita is racing in GP3, recently lost out to Stroll’s consortium in the bidding for Force India and is now suing the administrators.

Russian President Vladimir Putin has also given his seal of approval to Formula One by presenting the winner’s trophy at every race since the first at the former Olympic Park.