Inside Line: Give Stoffel a chance in Fernando’s car 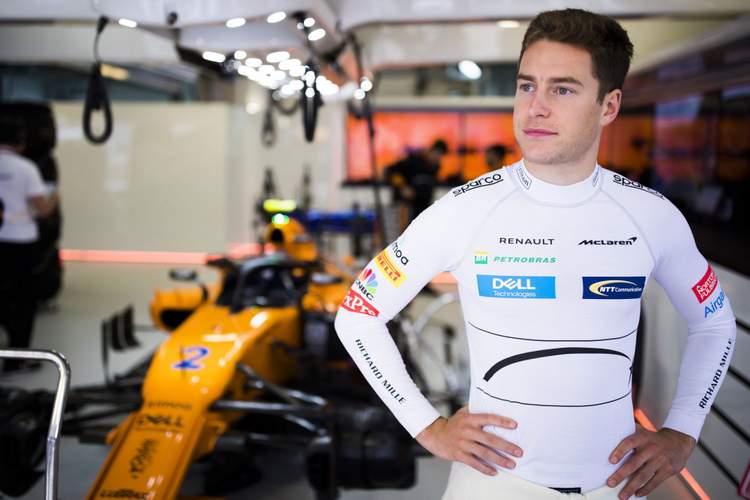 Stoffel Vandoorne is either one of the most overrated and disappointing rookies in recent Formula 1 history or something is seriously amiss with the kit McLaren are providing him with this season.

The only way to prove or disprove the theory is to give Vandoorne a crack in Fernando Alonso’s car in one of the final five FP1 sessions, because once again, this time during the Russian Grand Prix weekend, he was again severely exposed.

For the weekend’s opening practice at Sochi on Friday, the Belgian driver was joined by his 2019 replacement Lando Norris on duty in Fernando Alonso’s car.

Vandoorne ended the morning session 16th, which was 1.3 seconds slower than the effort by Norris in 13th. It was the teenager’s third FP1 session in F1.

Fast forward to qualifying on Saturday. With Alonso sure to drop to the wrong end of the grid due to penalties, the Spaniard offered to help draft his teammate during Q1 with Q2 the target for the #2 car.

Even with that, Vandoorne could not go faster than Alonso (clocked slowest of all through all four-speed traps!) and ended the session nearly half a second ahead of Vandoorne, making it 21-0 in qualifying between the two…

Before this weekend, Norris did FP1 duty at Monza in wet conditions, with Alonso in the other car the pair were out on track early in the session with the teenager posting times within three-tenths of his teammate in very tricky conditions.

Although Norris ended the session eight tenths shy of Alonso, he did not run in the later stages of the session when the track dried substantially but team chief Zak Brown revealed that it was impressively close between the 18-year-old and the veteran when they were out on track during the same period.

The first time Norris and Vandoorne went ‘head-to-head’ in FP1 was at Spa-Francorchamps in August, the Belgian driver on home soil had his session shortened due to a suspected oil leak, but again he was slower – a tenth shy of Norris’ best time in the other orange car.

From whichever way you look at it, Vandoorne has not measured up for a myriad of well-documented reasons, and the only thing that would redeem him is to have a crack in Alonso’s car and ascertain if, maybe, he has a dud chassis these past two seasons.

Short of that, Vandoorne – a great prospect when he popped up on the scene a couple of years ago – will only be remembered for a most forgettable F1 career.

In Sochi, it took Red Bull’s Helmut Marko to say what most are thinking, but too polite to verbalise, when he declared: “We will not take Stoffel, I think he’s just not fast enough for F1.”

Big Question: Is Stoffel slow or is his car more of a clunker than Fernando’s clunker?