Alonso: We were lacking ambition 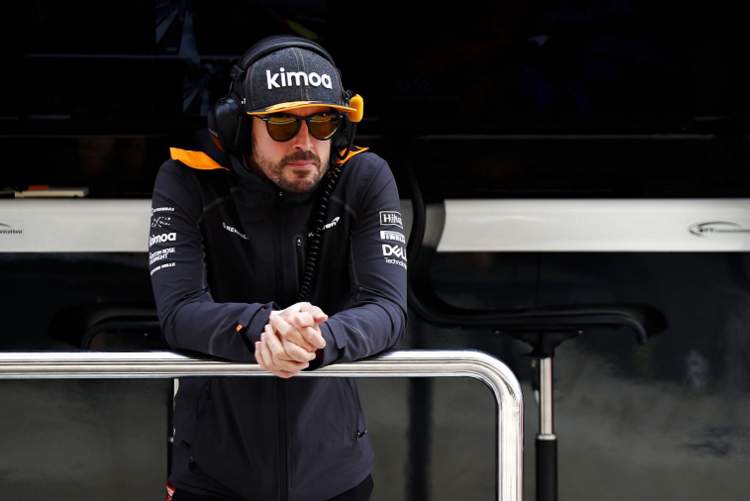 It is clear that Fernando Alonso is merely marking time before he quits Formula 1 at the end of this season, after grafting hard all afternoon his reward was 14th place and the Spaniard’s frustration evident during and after the Russian Grand Prix

During the race, when battling for 14th with Lance Stroll in the Williams, advice came from the pitwall over the radio, to which Alonso replied: “We are P15. I don’t care.”

Later in the race, well out of the points, the double F1 World Champion wanted to pit for fresh tyres and have a crack at the race fastest lap, but McLaren refused to pit him for new rubber late on in the race.

Alonso obviously took issue with the decision and afterwards told reporters, “When you are P14/15 it is good for the team, good for the guys working flat out every day, good for the sponsors and partners. But we were lacking ambition.”

“It was quite a long race. We stopped on lap 4/5 to try to undercut some people. All of them had one set of yellow tyres, we had two.”

“The yellow tyre for the whole race with no issues, and that did not come out as we expected. Overall we did not have the pace, as we said before the race.”

“Nothing we can do now, so thinking of Japan and maybe we can score some points there,” added Alonso.

At the end of the season, one of the highest paid drivers on the F1 grid will bring to an end four miserable years for the man from Oviedo, where there was not even sniff of a podium.

After Monza, he said of the team he will depart at the end of the year, “The reliability seems to have made a step backwards and we definitely need to improve that for the remainder of the season.”