Vettel: I’m no maths genius but I still believe in our chances 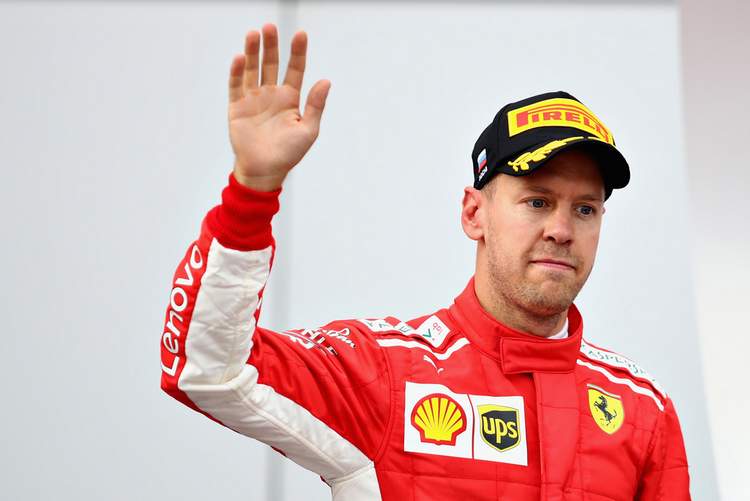 Ferrari’s Sebastian Vettel could see his hopes of a fifth Formula 1 world championship title fading with the Sochi sunset on Sunday after falling 50 points behind Mercedes rival Lewis Hamilton with five races remaining.

Even if it sounded like clutching at straws, the German was not about to give up the fight, however.

“I wasn’t a genius in maths, but I was clever enough to pay attention to make it up myself,” he said when asked whether he could feel the championship slipping away after Hamilton led a Mercedes one-two in Russia.

“It’s not getting easier if we lose points. I still believe in our chances; yes, obviously it’s not getting bigger if you finish behind but who knows? It takes one DNF (non-finish) and then all of a sudden things look different,” he added.

“Ideally two — which I’m not wishing on Lewis but you never know what happens. So we need to stay on top of our game which maybe we haven’t been completely this weekend: make sure that from where we are now, we focus on winning the last races.”

Hamilton has now won eight times this season, and five of the last six, while Vettel — on five wins — opened the campaign strongly but has faded due in part to errors made by himself and the team.

The German now has 256 points to Hamilton’s 306. Japan is up next, followed by Texas and Mexico before Brazil and the finale in Abu Dhabi.

Vettel won his first title with Red Bull in 2010 after overhauling a 31 point deficit in the last six races, while in 2012 he took his third crown despite having been 44 points adrift of his then-closest rival Fernando Alonso at one point.

The chances of that happening this year are remote, with both title contenders having only one retirement each in 16 races to date.

Hamilton also won in Japan and Texas last season before wrapping up the title in Mexico, a scenario that looks equally possible at the current level of performance.

“Today the feeling with the car was very good and I was able to push, but I just wasn’t as fast as the others,” commented Vettel.

“We lost some points during the two last races and it doesn’t help, but we have our plan to follow and hopefully we can make some progress in the races to come.”