Verstappen: I am very happy with that 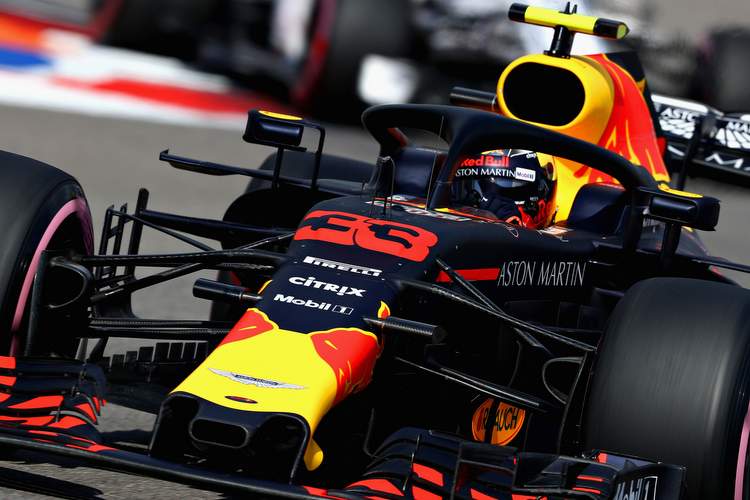 Birthday boy Max Verstappen thoroughly deserved to be awarded Driver of the Day for his impressive and mature performance at the Russian Grand Prix, after he turned 19th on the grid to fifth place at the end of the 53-lap race at Sochi Autodrom.

The Dutchman has hit a fine vein of form in the latter half of this season and his performance on Sunday at Sochi Autodrom was of the highest order, making one wonder what the 21-year-old would be capable of in a car that could match their rivals for pace…

Granted his Red Bull RB14 was in another league compared to the midfield pack he had to get past, but he was still mighty. At the end of lap one he was 12th, by lap eight he was fifth.

On a different strategy to the leaders, on lap 19 Red Bull #33 was in the lead where he remained until lap 44 when he pitted for Pirelli ultrasofts.

An expected charge did not materialise as for some reason the Dutchman chose to hold the fort rather than launch an attack on Kimi Raikkonen for fourth place.

Nevertheless, it was a superb day at the office for Verstappen, “It went well. The target had always been to finish fifth, but we can be very satisfied the way we achieved that.”

“I had a decent start and was able to move through the traffic and before long I was fifth, so that was very good. My car felt good and the grip was also immediately there, so we were able to easily move up. It all felt good, so I am very happy with that.”

As for the final stages, he explained, “We had to bring the car home and there wasn’t much more in store. Just no chance. The left front tyres would be destroyed after a few laps, so you are not really able to push.”

With regards to Suzuka in two weeks time, Verstappen said, “We need to wait and see because there is a straight without any DRS, which makes it extra painful for us.”

“You saw that when Lewis got close he wasn’t able to attack, so everything will depend on qualifying, but we will see. The car was in any case great again this weekend.”