Ecclestone: Ferrari is too Italian 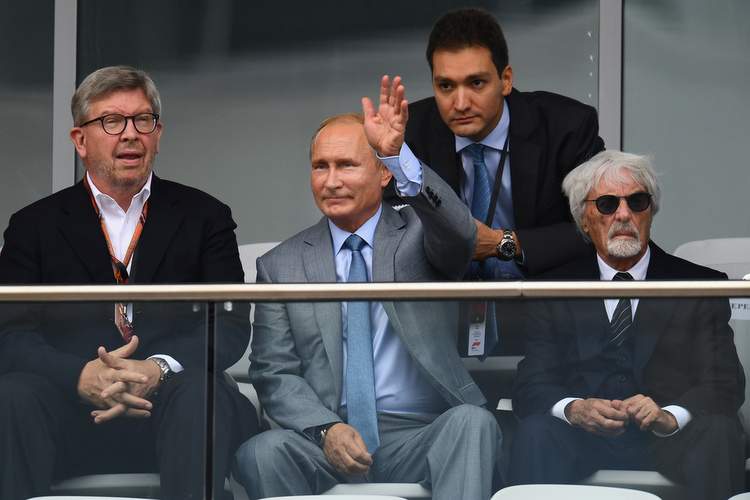 Ex-Formula 1 supremo Bernie Ecclestone surfaced at the Russian Grand Prix this weekend, in Sochi, primarily it seems to meet and accompany President Vladimir Putin when he arrived late in the race to attend the podium ceremony at the Autodrom.

Prior to that Ecclestone was in fine form, hounded by media whenever spotted in the paddock and, as usual, a quote-a-minute as he was asked for his opinion on a myriad of matters pertaining to Formula 1 in its current state.

One question put to him by ESPN was why Ferrari are failing to challenge Mercedes when it mattered, to which Ecclestone replied, “It’s too Italian. I said to somebody the other day it’s back to the old days.”

It is not the first time the former big cheese of F1 has said this of Maranello, again suggesting that the Reds will only find success when Italians are not running the show at the highest level of the team.

Of course, he is referring to the team’s greatest era, at the turn of the century, when under Ferrari president Luca di Montezemolo, Frenchman Jean Todt was recruited and made team principal with Briton Ross Brawn and South African Rory Byrne, on the technical side, making sure that their German star Michael Schumacher had the best-of-the-best at his disposal.

Apart for di Montezemolo who gave Todt free reign, the highest ‘ranking’ Italian in the team at the time was engine chief Paolo Martinelli.

Record books show that this was the most successful period in the team’s history, 11 world championships from 1999 to 2004 was the result of this multi-national leadership.

Ecclestone recalled, “We got Todt to go there and look after things a little bit, so it wasn’t Italian too much, and Michael was running the team. So it was all a bit different. I think they’re missing that sort of a set-up now.”

As a double F1 world championship team owner with Brabham, the 87-year-old, knows what it takes to do the business and believes the problem is with the internal structure at Maranello.

“Ferrari have got a completely different way of going on to Mercedes, haven’t they? Mercedes has got a team that’s pure, all they do is racing, it’s nothing to do with the manufacturer.”

“Ferrari is looking after their car production side of things, gearing that more or less to their Formula 1 performance. So it’s run in a different way,” observed Ecclestone whose high-profile presence in Sochi, contrasted with the apparent absence of Chase Carey and Sean Bratches in Russia.

Big Question: Are there too many Italians in the Ferrari F1 team management?

Ecclestone: There are too many Italians at Ferrari