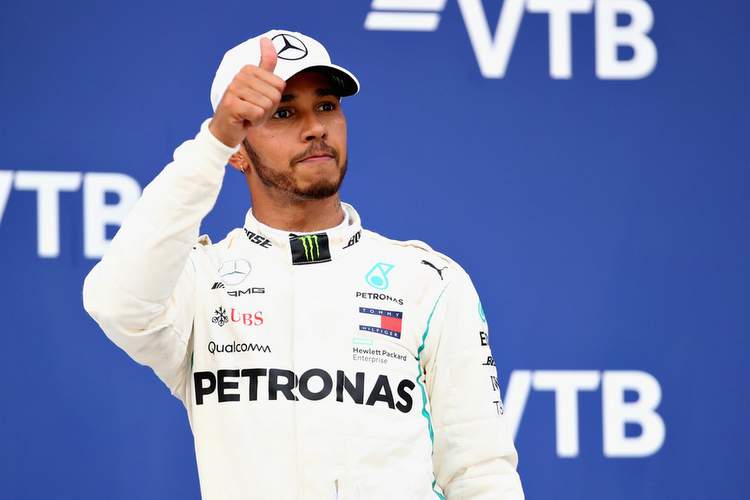 Lewis Hamilton contrite and unhappy after being handed victory on a plate by Mercedes teammate Valtteri Bottas at the Russian Grand Prix, the Finn playing his role as wingman to perfection helping the Briton to a 50 points lead with five race remaining.

After the pitstops – shortly after the halfway mark, with Bottas in the lead chased by Hamilton who had Sebastian Vettel’s Ferrari looming in his mirrors – the #77 car got the call to move over and allow the #44 past.

A swap near the end was expected but such an order did not come instead, Hamilton thus scored his third victory at Sochi Autodrom, perhaps his least deserved and least appreciated by the man himself.

Hamilton did not celebrate on the podium or when he alighted his car and was clearly downbeat during the press conference, “It doesn’t feel great.”

“I don’t think I’ve ever finished first and felt the way I do right now. It’s definitely a very conflicting feeling because naturally, you want to extend the championship lead, but we are a team and there are two championships.”

“Valtteri has done an exceptional job all weekend, and yesterday in qualifying and you could see how happy I was for him there. I assured Valtteri it’s not something I asked for, but it’s what the team feels is right to do. It’s a very awkward position to be in.”

Hamilton has now scored eight wins in this campaign and now has a 50-point gap to Vettel in the championship standings with five rounds remaining.