Haas retain Magnussen and Grosjean for 2019 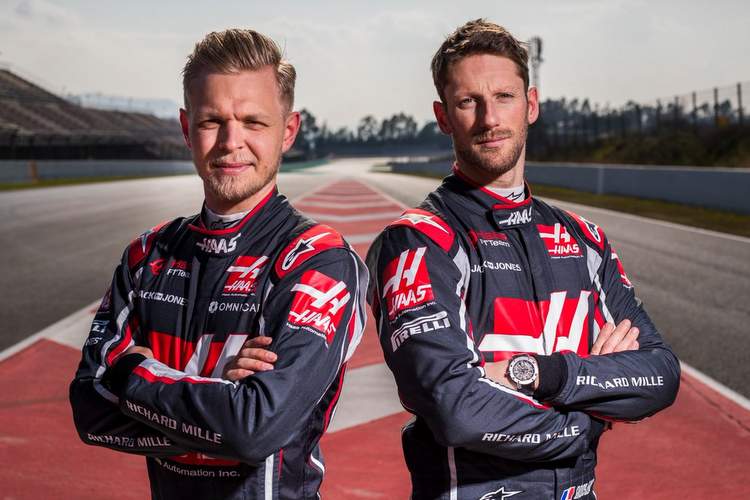 Romain Grosjean and driver Kevin Magnussen will race for Haas again next season, the American-owned Formula 1 team confirmed on Friday, ahead of the Russian Grand Prix weekend.

Grosjean, 32, joined on the team’s debut in 2016 with 25-year-old Magnussen arriving a year later.

The pair have combined to score 76 points this season with Grosjean’s fourth place in Austria the team’s highest individual finish.

The Frenchman’s future had looked uncertain, however, after he started the year with a run of eight races without a point.

Since Austria, which ended that dismal run of form, he has featured more strongly with a sixth place in Germany and seventh in Belgium.

Grosjean has also been involved in more than his share of incidents, most recently in Singapore, where he was handed two penalty points for ignoring blue warning flags as Mercedes’ race leader Lewis Hamilton tried to lap him.

The hold-up threatened to cost Hamilton the lead, with Red Bull’s Max Verstappen closing in.

The Frenchman now has nine points on his licence, with 12 triggering a mandatory one-race ban, going into Sunday’s Russian Grand Prix.

“He should be very careful but I think he knows that,” Steiner had said on Thursday. “We are on very thin ice at the moment with that.”

Magnussen, a former McLaren reject who jumped from Renault at the end of 2016, has grown in stature at Haas and feels fully at home there.

“Both drivers push each other to be better, and their collective feedback allows us to be better,” explained Steiner. “It’s not a coincidence that in their second year as teammates, Haas F1 Team is having its best year. By keeping Romain and Kevin together, we aim to do even better next year.”

Haas F1 Team will retain its driver lineup of Romain Grosjean and Kevin Magnussen for the 2019 FIA Formula 1 World Championship.

Grosjean has been with Haas F1 Team since its 2016 inception and Magnussen joined the American outfit in 2017. The 2019 season will mark Grosjean’s ninth year in Formula One and Magnussen’s fifth.

“From the very beginning, we needed experienced drivers to hasten the development of our car and our team, and we have two very good and experienced drivers in Romain Grosjean and Kevin Magnussen. We’ve improved drastically from last year to this year, so retaining both drivers was a pretty easy decision,” said Guenther Steiner, Team Principal, Haas F1 Team.

In only its third season, Haas F1 Team is currently fifth in the constructors’ standings with 76 points, 15 points behind fourth-place Renault with an 18-point advantage over sixth-place McLaren. Haas F1 Team finished eighth in the constructors’ standings in 2016 and 2017, but has dramatically increased its point tally each year, from 29 points in 2016 to 47 points in 2017 to a goal of breaking the 100-point barrier in 2018.

“I think the 100-point barrier should be and will be broken, and we’ll do it with Romain and Kevin,” said Steiner from the Sochi Autodrom, site of Sunday’s Russian Grand Prix. “Both drivers push each other to be better, and their collective feedback allows us to be better. It’s not a coincidence that in their second year as teammates, Haas F1 Team is having its best year. By keeping Romain and Kevin together, we aim to do even better next year.”

Grosjean came to Haas F1 Team in 2016 after spending five Formula 1 seasons with Lotus F1 Team. The 32-year-old Frenchman has competed in 137 Formula One races and earned 10 podium finishes and a total of 371 points. Grosjean scored all 29 points for Haas F1 Team in its inaugural season and is responsible for 55.3 percent of Haas F1 Team’s cumulative point tally since 2016.

“It’s impressive to see what this team has accomplished in such a relatively short time, and for someone who has been here since the very beginning, I take a lot of pride in the time, effort and sacrifice we’ve all put forth to make Haas F1 Team so competitive.”

“I’m very happy to continue with Haas F1 Team and represent Haas Automation and all of our partners. Gene Haas has built something very special – something we can make even better – and it’s an honor to be a part of it,” Grosjean said.

Magnussen, the 25-year-old from Roskilde, Denmark, joined Haas F1 Team with two years of Formula One experience – one with McLaren in 2014 and another with Renault in 2016. Magnussen finished an impressive second in his Formula One debut at the 2014 Australian Grand Prix and has amassed 130 points in 75 grand prix starts.

“I’ve never been in a better situation than the one I’m in here at Haas F1 Team,” Magnussen said. “This is a team filled with racers and we’re all striving for the same thing. There’s no bureaucracy and everything is very straightforward. Gene Haas is all about efficiency, and he and Guenther Steiner have created a very efficient environment that gets the best from its people. We all believe in each other and that’s why we’ve achieved as much as we have.” 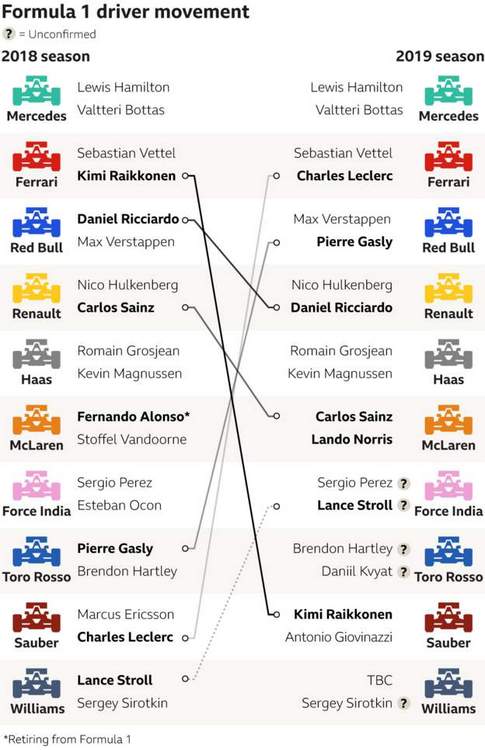