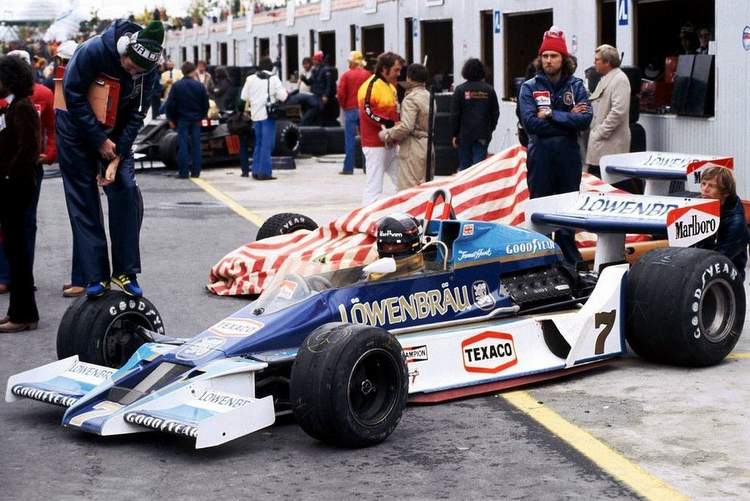 McLaren chief Zak Brown has called for a Formula 1 livery rethink, proposing that teams be allowed to run special one-off liveries as is done in Nascar and Indycar, and indeed has been known to happen in Formula 1 in the seventies and eighties.

Brown revisited the idea when speaking at the Motorsport Leaders Business Forum in London, “I think what you could see and what I would be supportive of, and it’s not currently allowed, is – IndyCar does this, as does NASCAR – is changing paint schemes throughout the year.”

“I still think I’d like to see it as two cars, but if you were going to Monaco and you have a big programme going with one your partners, and for that weekend you wanted to turn it in to a Dell Technologies car or whatever the case may be, but both would be the same.”

“So the fans still know that’s McLaren, that’s Ferrari, whoever the team may be. I think that might be a new innovation with partnerships in Formula 1 that’s not quite to the extreme of seeing different cars in totally different liveries, because I think those fans are more focused on the driver.”

“I think [it doesn’t happen in] Formula 1 because each team is so recognisable by its livery. I think if you had 20 different liveries out there it might start to get confusing as to who is who.”

“In NASCAR the fans tend to be more driver-centric, so they’ll recognise Jimmie Johnson in the Lowes car, whereas they recognise Fernando Alonso in a McLaren. So I think the sport is different,” added Brown.

Article 9.1 of the current Formula 1 Sporting Regulations states: “Both cars entered by a competitor must be presented in substantially the same livery at every Event, any significant change to this livery during a Championship season may only be made with the agreement of the Formula 1 Commission.”

The concept is not a new one, in 1978 McLaren themselves ran blue cars with Löwenbräu branding for both James Hunt and Patrick Tambay at the United States Grand Prix.

At the time, McLaren main sponsor Philip Morris (Marlboro) owned Miller Brewery was launching the Löwenbräu beer and running the alternative livery for the North American leg of the championship.

In 2004 BAR wanted to run one white car with Lucky Strike branding and the other car in 555 branding, they lobbied hard to get their idea through but were denied and eventually ran a garish livery with the car split in half by either brand.

Since then the likes of Red Bull, Toyota, Jaguar and even Ferrari have tweaked their livery design for one-off races, but typically without making substantial changes to the colours or look of the car.

Big Question: Should Formula 1 free up the livery rules?