Wolff: We are at a crossroads with Ocon and Russell 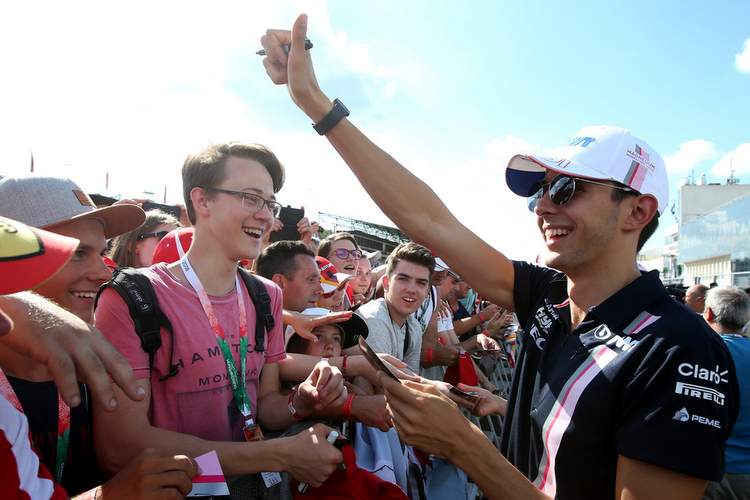 The Formula 1 young driver crisis is best illustrated by the fact that Mercedes backed and highly-rated Esteban Ocon, a 22-year-old with 44 grand prix starts is unlikely to find a seat on the grid next year which has prompted Mercedes to rethink their young driver development programme.

A couple months ago Ocon’s F1 future seemed secure, he had the option of remaining with Force India or moving to Renault, but a flurry of history changing events – Daniel Ricciardo to Renault and Racing Point takeover of Force India – has suddenly made the young Frenchman surplus to requirements.

Last week Mercedes released Pascal Wehrlein who they also mentored and finance into Formula 1, giving him 39 grand prix starts in the top flight.

The silver pipeline of youth continues to produce, George Russell is currently leading the Formula 2 championship, clearly one of the best talents in a quality field this season. He too faces an uncertain future should he win the feeder-series title

Wolff is clearly frustrated by the status quo, “We are at a crossroads at the moment,” said Wolff. “We are going to see how it pans out with George and Esteban and then decide how we continue. It doesn’t feel right for someone like Esteban to sit out a year, but we have seen it in the past.”

“I believe that the market is going to be very different again in the early summer next year, not only with us but also with some of the other teams. Some doors will open, others will remain closed, and it’s just about finding the next right opportunity for Esteban.”

Russell provides alternative problems for Wolff and Mercedes, “The two of them are at a very different stage in their careers. George is still in the fight for the F2 championship, and it’s not done, and he clearly has the talent to go into Formula 1 but he’s not in as tricky a position as Esteban.”

“I don’t think that the two of them will come into each other’s way,” added Wolff.

Much was expected of the German youngster but after his spell with Manor and Sauber, there simply was no place for him on the grid and he was forced to return to DTM<.

He will part company with Mercedes at the end of this season, Wolff explained, “We felt together with Pascal that this was the best outcome for him. My opinion of him is still very high and it looked like that we could possibly be blocking his future career and this is not what we wanted.”

“He also felt that he needed to give it a go on his own. I would be overwhelmed and happy if he on his own would find his way back into Formula 1 or a professional racing career,” added Wolff.

Since the announcement of Wherlein’s release from Mercedes, the 23-year-old has been lonked to a return to F1 with Toro Rosso.