Verstappen: Alonso was not an option for 2019 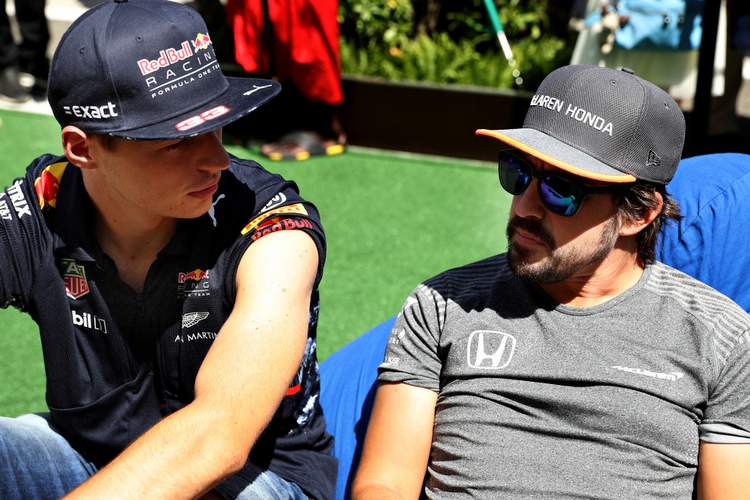 The he-did-he-didn’t spat between Fernando Alonso and Christian Horner fizzled out when things were getting juicy after the Spaniard claimed the Red Bull chief had offered him a drive for 2019 which he turned down.

Horner denied that any offer was made to the veteran Spaniard and shortly after that the issue went away but has now resurfaced thanks to comments by Max Verstappen.

During a promo event for his sponsor Jumbo, the Red Bull driver told reporters, “Alonso was not an option for 2019, this is something I know. I think I can get along very well with Pierre and I think they have taken that into consideration, so I am satisfied knowing that they have decided on him. ”

With regards to this season, the Dutchman said, “We have the best car on the grid. We showed that in Singapore. We hope that next year with the arrival of Honda and a bigger budget than that of our current engine supplier.”

“We are progressing in the right direction because we have the right people place, but the full package is not perfect yet. It will be difficult to go for the title next year, but I hope we have an opportunity to go for it in 2020.”

Verstappen has not shied from criticising Renault publically as the final separation at the end of this season approached, but at the same time he has full confidence in the team’s Japanese partner.

“In Honda, they have a lot of desire, they really want to win, we already have the mentality of wanting to win in our team, but now also on the side of the engine,” added Verstappen.