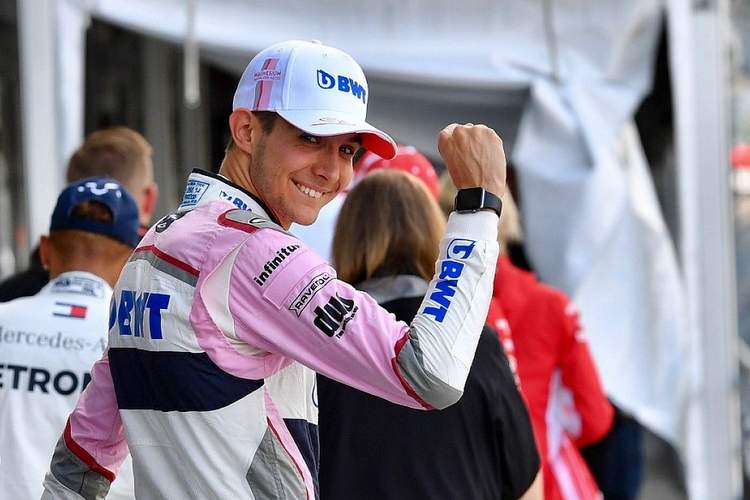 Esteban Ocon may not have a drive in Formula 1 next year, but his Mercedes boss Toto Wolff has promised that the highly-rated French youngster will win grand prix races and world championships in silver.

Speaking to Sky F1 immediately after FP1 in Singapore, Wolff became visibly feisty when the subject of Ocon’s future arose.

When asked if he would set Ocon free if a non-Mercedes aligned team approached, Wolff replied, “Not in a million years. One day he will win races and championships in a Mercedes.”

At one point before the summer break, Ocon looked set for a good and stable future in F1 with interest from Renault or to remain with Force India as an option. But an explosive Silly Season spell last month changed everything.

Renault opted for Daniel Ricciardo and closed that door to the Frenchman, then Force India went the way of Lawrence Stroll and his billionaire pals which right now means Ocon may no place on the F1 grid next year.

Many have cited Ocon’s situation – no drive despite his obvious talent – as an example of everything that is wrong with the sport and the path to the top for drivers.

Not long ago another Mercedes protege with tons of promise, Pascal Wehrlein came and went, with Ocon now apparently heading the same way.

But a fired-up Wolff revealed to the Sky F1 pundits, “What has been going on this year in July and August was just unbelievable. There was so much politics in the background, hidden agendas and lies. Not all of the good kids are going to be in cars next year and Esteban will probably be one of them.”

“In July he had two offers on the table and it was just a case of choosing which one was the right one. Then he ended up without anything because people simply don’t have the balls to stick to what they say.”

Asked if ‘Toto-envy’ in the paddock is a stumbling block for Mercedes backed drivers, he replied, “If some guys feel this way, compromising their performance and not taking the best drivers, it is their problem, but eventually talent will shine through.”

Ocon’s options are few and although nine seats are yet to be confirmed, of those it seems that Lance Stroll and Sergio Perez are all but confirmed, the former because his father owns the team and the latter claims he has a deal but won’t reveal with who, but one would suspect it is to remain in pink…

Williams are likely to have a seat and with the Mercedes connection plus a financial sweetener may well be the last resort as all the other available seats are with teams powered by rival manufacturers.

To address the problem Wolff recently called for F1 teams to be allowed to run a third car, an idea that has become a big talking point in the Singapore paddock.

“I brought up the idea not because of my own frustration but because I think it is a good idea,” insisted Wolff, an idea supported by racing legend Mario Andretti.