Marko: Mick Schumacher is not on Toro Rosso list 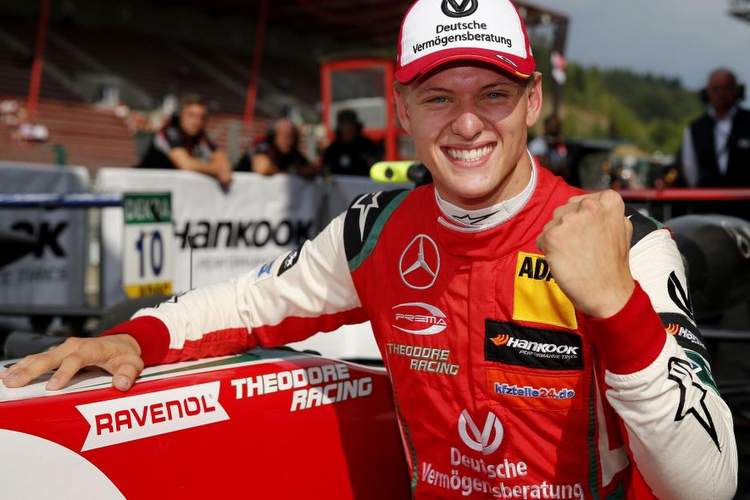 Mick Schumacher’s steady rise through the ranks took a dramatic step up last weekend when he powered to a hattrick of F3 victories at the Nurburgring, fueling interest from Formula 1 media.

The son of F1 legend Michael Schumacher was at Monza where he reportedly ink a deal to race for Nicolas Todt’s ART Grand Prix Formula 2 team next year.

The 19-year-old also popped in for a chat with Toro Rosso chief Franz Tost who years ago mentored his uncle Ralf Schumacher.

But when asked if Schumi III was in the running for a Toro Rosso seat, driver consultant Helmut Marko was adamant when he told Autobild, “He’s not on our list and we have zero contact with him.”

Schumacher junior has made strong progress after a subdued start to his F3 season, but he has now won six races and lies second in the championship trailing Red Bull-backed Dan Ticktum by only three points with six scoring rounds still remaining.

He has the sport’s heavy hitters on his side with Ex-F1 driver and DTM chief Gerhard Berger insisting, “Mick has to go to Formula 1 and I think he will make it into Formula 1. Formula 3, Formula 2, Formula 1 – this is what Mick’s career plan could look like if his performance is on point.”

“I think he is mature enough for Formula 2. If he performs well in Formula 2, he has good chances for a Formula 1 career,” predicted Berger.

FIA chief Jean Todt, a friend of the Schumacher family, believes F1 will see a third Schumacher on the grid at some point in the near future, “I’m a big believer in building his career from F3 to F2 to F1, and he’s an incredibly talented driver.”

“He needs time and should first drive in Formula 2, but I already trust him to make it into Formula 1,” added Todt who was a big part of Michael Schumacher’s success at Ferrari.