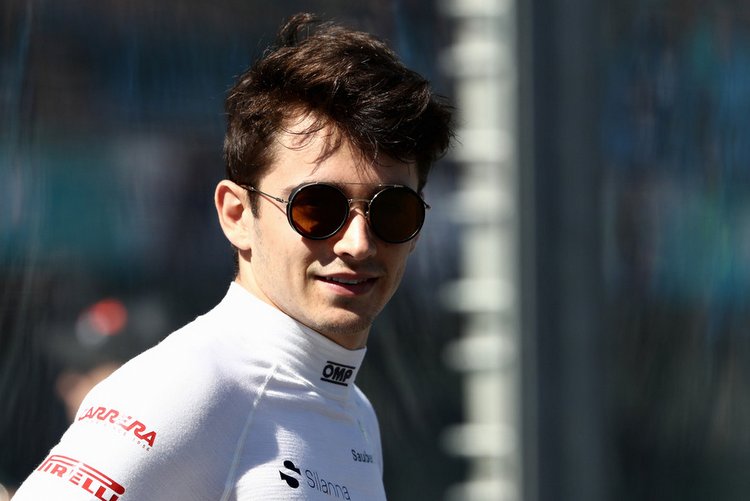 Charles Leclerc will become the second youngest driver to be hired by Ferrari as it became public today that the 20-year-old will replace Kimi Raikkonen at Maranello next year.

Ricardo Rodriguez still holds the record as the youngest ever driver to race for Ferrari, after competing at the 1961 Italian Grand Prix aged 19 years and 208 days. But Leclerc is certainly the youngest by far since the late Mexican.

Amid a flurry of email statements and press releases, Leclerc was quick to acknowledge his well deserved good fortune when he wrote on Twitter that “Dreams do come true”:

Leclerc also went on to honour his late father and good friend Jules Bianchi who passed away from injuries suffered during the 2014 Japanese Grand Prix.

To a person that is not part of this world anymore but to whom I owe everything of what is happening to me, Papa. To Jules, thank you for all the things you learnt me, we will never forget you, and to all the persons that supported me and believed in me. 2/3

Leclerc, who has previously tested for Ferrari and was groomed through the team’s young driver development programme, continued: “I will work harder than ever to not disappoint you. But first, there is a season to finish with an amazing team that gave me the opportunity to fight and show my potential. Let’s go!”

Sauber wrote in a statement: “The Alfa Romeo Sauber F1 Team would like to congratulate Charles Leclerc on his fantastic step of joining the Scuderia Ferrari from 2019, and wishes him the best for his future in our sport.”

“During his first season in Formula One, the twenty-year-old Monegasque driver has given the Swiss team great satisfaction. Together they will continue working to make further progress in the final part of the season.”

Team chief Frederic Vasseur added, “It has been a great pleasure to support Charles Leclerc in his rookie year in Formula 1. Since his arrival, he has given the team great motivation.”

“We have constantly improved and we will work hard until the end of this season to achieve the best possible results together. We are aware of Charles’ talent and are confident that he will have a bright future. We will keep on following him closely and we wish him the best on his path.”