Leclerc promoted to Ferrari driver in 2019 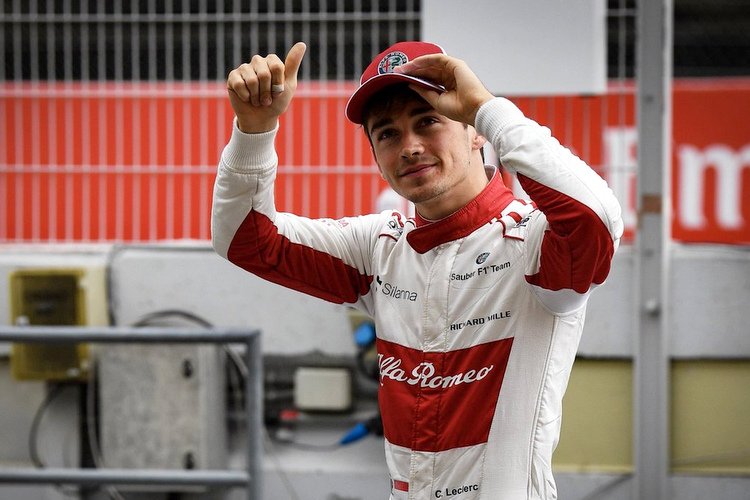 Kimi Raikkonen and Charles Leclerc have swapped seats starting next year the veteran Finn will be a Sauber driver, and now Ferrari have confirmed that the highly rated rookie will join the illustrious ranks of Ferrari F1 drivers.

Monaco’s 20-year-old rookie Leclerc will replace Formula 1 veteran Raikkonen at Ferrari next season in a seat swap with the Finnish 2007 world champion, who moves to Sauber.

Leclerc, a Ferrari protege who has been long tipped for promotion to the sport’s oldest and most successful team, made his debut with Sauber this season after winning last year’s Formula Two title.

The team wrote a one-liner on their website: “Scuderia Ferrari announces that in the next Formula One racing season, Charles Leclerc will drive for the Team alongside Sebastian Vettel.”

Earlier they posted: “Scuderia Ferrari announces that, at the end of the 2018 season, Kimi Raikkonen will step down from his current role. As a world champion for Scuderia Ferrari, he will always be part of the team’s history and family. We thank Kimi for all of this and wish him and his family a prosperous future.”

Ferrari are Formula 1’s most glamorous team and Leclerc will be one of the youngest and least experienced drivers to race for them.

The youngster will be the first native of the Mediterranean principality, which hosts the sport’s most glamorous race, to drive for Ferrari.

Managed by Nicolas Todt, whose father Jean is head of the sport’s governing body and a former Ferrari boss, Leclerc is already seen as a future champion.

“I think the hype is absolutely justified,” Vettel told reporters in May. “If there’s no hype around him, then I don’t understand who should be hyped because you walk through all the categories like that, then you belong here.”