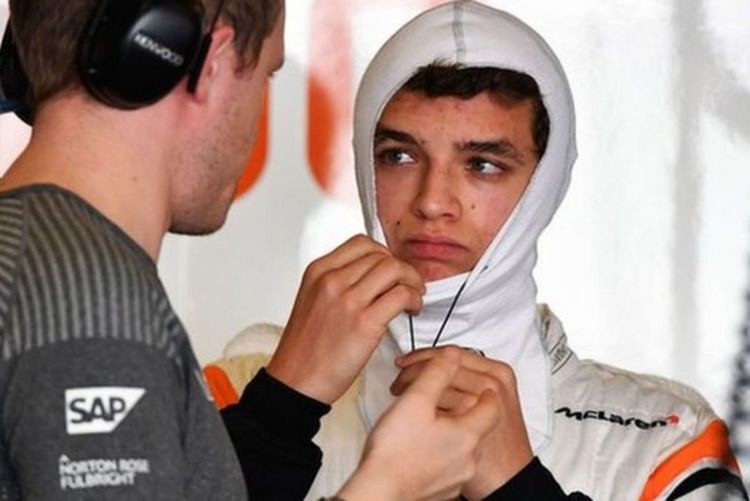 Amid comparisons to Lewis Hamilton, McLaren’s teenage driver for 2019 Lando Norris has explained why his arrival on the scene differs vastly from the scenario a young Lewis Hamilton arrived at a dozen years ago when he too made his Formula 1 debut with the Woking outfit.

Norris has been signed for next season to replace Stoffel Vandoorne and slot in as Carlos Sainz’s teammate. The news inevitably prompted comparisons between the 18-year-old and Hamilton.

But Norris was quick to point out to Planet F1 the differences between his arrival on the scene to that of Hamilton, “Growing up I’ve watched Lewis and aspired to have some of his attributes, mainly his speed.”

“His raw pace is probably the best of everyone on the whole grid, so there are bits you want from different drivers.”

“Being compared to someone who could be about to win five World Championships, I don’t think it’s a bad thing as long as you’re getting compared on the good stats, not the bad stats.”

“It’s still very different. He came into McLaren when they were doing extremely well. I’ve joined when they are going through a pretty tricky time. Things over the past few years have got a bit lost.

“I think the opportunity of driving next year, as well as Carlos, is a fresh start and what the team needs to get back to where they need to be.”

Norris knows he has a big task ahead of him and was refreshingly candid when he pointed out, “Rule number one is: Beat your team-mate. Apart from that, it is going to be a tough year.”

“We are not going to be winning, or competing against Ferrari and Mercedes. I would like to think we can make a step forward from where we are.”

“They need two young drivers willing to say: We don’t need to win; we don’t want to win within the first two years of joining the team.”

“That is a realistic goal. We are not going to be winning next year or probably the year after. It will probably be a few years,” added Norris.

Big Question: Is Lando the next Lewis?