Vettel: Starting from pole I guess Kimi is allowed to win 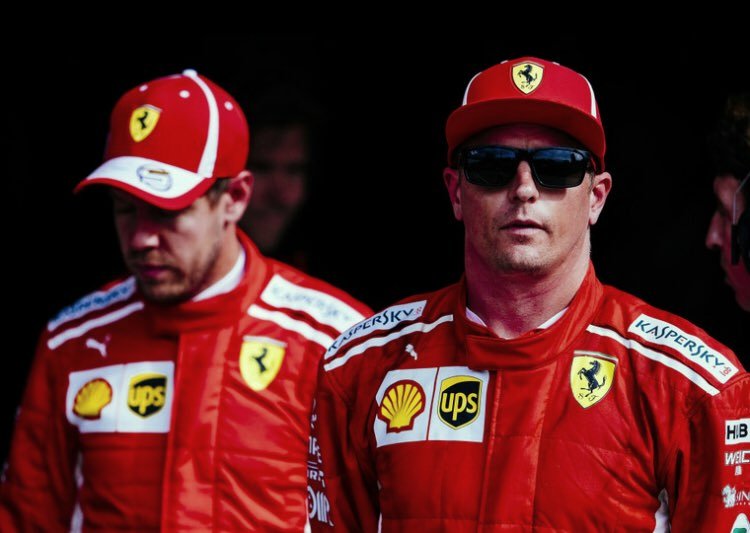 Sebastian Vettel suggested Ferrari could allow Kimi Raikkonen to fight for victory, rather than applying team orders after the Finn qualified on pole position for the team’s home Italian Grand Prix in front of the team’s Tifosi in a thrilling session at Monza.

Vettel, the main title contender to Mercedes’s Lewis Hamilton, will start alongside Raikkonen on the front row on Sunday after Ferrari secured their first front-row lockout at the high-speed venue since 2000.

“If he is starting from pole I guess he is allowed to win,” Vettel, who is 17 points behind Hamilton with eight races remaining, told reporters on Saturday. “It is a long race, obviously he wants to win, I want to win. So hopefully one of us will win.”

The chances of Raikkonen being allowed to take victory would seem remote to most observers, given his and the team’s track record.

The Finn has not won a race since he was at Lotus in 2013 and last time he qualified on pole position — in Monaco last season — the victory went to Vettel with Raikkonen having to settle for second.

Vettel left no doubt about his unhappiness on Saturday, the German having to stifle his usual whoop of joy after crossing the line thinking he was top only to be told who was really on pole.

The crowd were delighted anyway, cheering the 2007 world champion who enjoys a special position as the last man to win the title for the Italian team.

Raikkonen, who had started his final run later, enjoyed an aerodynamic tow behind other cars that made all the difference at the fastest track on the calendar and allowed him to set Formula One’s quickest lap of all time.

“We know as a team we can race but we need to be careful with each other,” said Raikkonen of the risk of a first-corner collision between the red cars.

That would be a nightmare scenario at a circuit thronged by passionate Ferrari fans longing for the team’s first home win since 2010.

“The car has been working well… I don’t think we changed the car since the first runs of yesterday, so all running smoothly so far,” said Raikkonen. “So hopefully tomorrow is the similar situation.”