Brown: Fernando is testing next Wednesday in an Andretti car 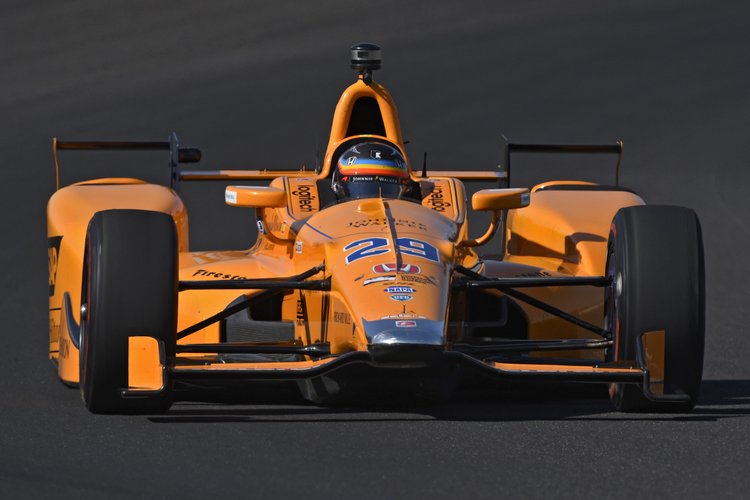 McLaren’s Fernando Alonso will move a step closer to racing in the IndyCar series when he tests with Andretti Autosport in Alabama next week.

“Fernando is testing next Wednesday in an Andretti car at Barber (Motorsports Park in Birmingham),” McLaren boss Zak Brown told reporters at the Italian Grand Prix on Saturday.

“That’s for him to evaluate what an IndyCar feels like on a road course. From there I think he will start to take a decision on what he wants to do next year. Clearly IndyCar is one of those series under consideration.”

Brown said McLaren were also considering whether to enter Indianapolis, the full IndyCar series or do nothing. A decision was likely later in September.

Alonso competed at Indianapolis last year, leading for 27 laps of the famed oval circuit before his car’s Honda engine expired.

The Spaniard has set his sights on becoming only the second driver, after Briton Graham Hill, to win motorsport’s Triple Crown.

The double Monaco Grand Prix winner triumphed in the Le Mans 24 Hours sportscar race with Toyota in June and is committed to the World Endurance Series (WEC) until the 2019 edition of that French race.

Indianapolis is the last remaining part of the triple and the IndyCar calendar is unlikely to clash with WEC.

The 37-year-old has already announced that he is leaving Formula 1 at the end of the season and Alonso played down the significance of the test, however, saying it was just “a bit of fun”.

“It’s a bit of a coincidence that I announced I was leaving F1 and now I’m doing this test, but it was scheduled for months and therefore people are talking more about it,” he told reporters.

“I like to test all kinds of cars. Last year Andretti wanted me to test the car with a road track configuration. We had no time, and this year we have the chance, but it’s not a key day ahead of next year to decide…”