Vettel: I pushed maybe a bit too hard 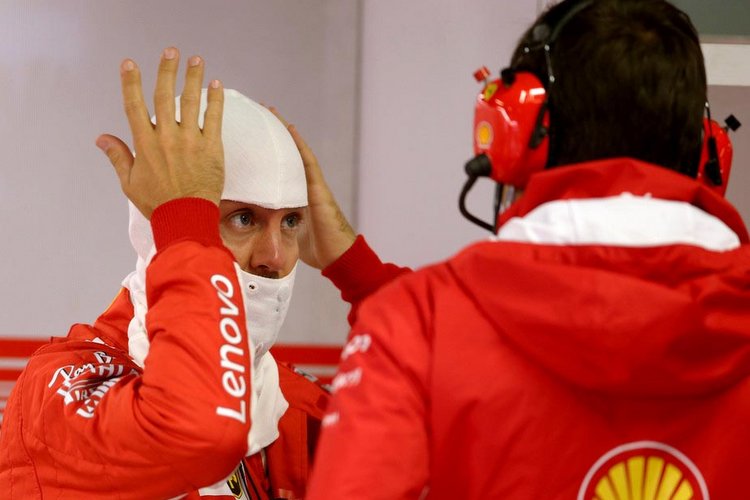 Sebastian Vettel was pushing hard during the second free practice session of the Italian Grand Prix weekend, when at the Parabolica he overdid it, spun and reaer-ended the barriers before driving out of the ‘kitty litter’ and back to his pit garage.

It was a bittersweet end to a day as he topped the timing screens after the ninety-minute session and, perhaps more crucially, showed very strong race pace during his long simulation runs.

Of the mistake, Vettel said, “The small problem was more my side, I lost some track time because I pushed maybe a bit too hard, but equally it’s good to find out [the limits]. The car seemed to be OK. The most important was that we could still carry on and still gather some data.”

“I tried and I know what doesn’t work, and it’s good to know. I thought I managed it without touching the barrier, but I touched it slightly, and we broke a bit of the rear-wing endplate and had to change.”

“The car was fine. At least I got out of the sandpit which was difficult as a child. Nowadays I don’t want to spend much time there. I’m happy we could carry on.”

“Overall it was OK. This morning was a bit difficult to read the conditions. We had a small problem, but this afternoon it was OK,” added Vettel whose teammate Kimi Raikkonen was second fastest on the day.

Ferrari have not won their home grand prix at Monza since Fernando Alonso triumphed in red, in front of the adoring Tifosi, back in 2010.