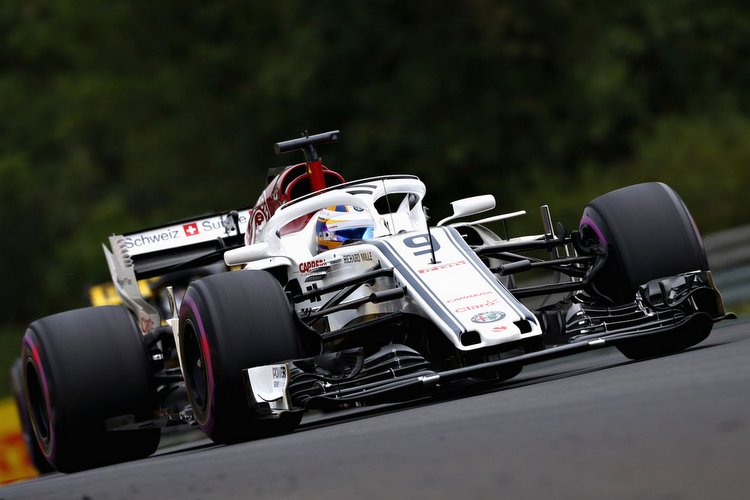 The upcoming Grand Prix weekend in Italy will be a special one for the Alfa Romeo Sauber F1 Team, starting with the F1 Festival in Milan on Wednesday 29th August, Marcus Ericsson and Charles Leclerc will take part in a spectacular live F1 car run in the Darsena area of Milan.

The fans will have the extraordinary experience of enjoying the roar of the engines and incredible energy of Formula One cars, right in the heart of the city of Milan – where Alfa Romeo was originally founded. The F1 live show will be preceded by the drivers’ parade in iconic cars and a presentation of the drivers on stage. The fan experience will be in Darsena from 15.00 hrs.

The team will then head to Monza, where it looks forward to competing in what is now considered to be a home race, with the iconic Italian brand Alfa Romeo being united with the Swiss squad as Title Sponsor.

Marcus Ericsson and Charles Leclerc look forward to driving on the historic Autodromo Nazionale di Monza, and will start the weekend with high aspirations, after the team added another point to its tally at the previous Grand Prix in Belgium – with the Alfa Romeo Sauber F1 Team now 8th in the 2018 Constructors’ Championship.

The team will also be presenting the Alfa Romeo Sauber F1 eSports driver line-up at Monza. There will be an opportunity to meet the eSports drivers in the team’s hospitality unit on Thursday 30th August.

There will be a photo opportunity from 14:30-14:40 hrs, when the Alfa Romeo Sauber F1 eSports drivers will meet Marcus Ericsson and Charles Leclerc, followed by an open media session with the eSports drivers from 14:40-14:50 hrs.

Marcus Ericsson (car number 9): “The race in Monza is always a very special one, and one of the most historic Grands Prix on the calendar. There are usually many fans there, giving the weekend a unique atmosphere. The track itself is different from most of the others, with the low downforce levels making it tricky but fun to drive. There are good opportunities for overtaking, which is quite a different challenge to most other races of the year. Apart from that, it will be an important race for our team because it is our Title Sponsor’s home race. I look forward to meeting many Alfa Romeo fans throughout the weekend, and we will do everything we can to give them a good show.”

Charles Leclerc (car number 16): “It is good to be back on track straight after Spa, as we can move on from the retirement in the last race and look forward to racing again. Monza is going to be a special destination for the whole team as ambassadors of the iconic Italian brand, Alfa Romeo. It will be like a home race for us. It is also special for me to race in Italy, as I have always had close ties to the country – first racing in karts there during my childhood, and later being part of the Ferrari Driver Academy. I can’t wait to be there and meet all the Italian fans. The track is an iconic one and should be a good challenge – I look forward to racing there.”

The Autodromo di Monza is a flat, straight and high-speed circuit, that has been a fixture on the Formula One calendar since the inaugural race in 1950. It is one of the fastest races on the calendar, after Austria, albeit the circuit not being the shortest at nearly 5.8 km in length. The track features challenging corners of every kind, from low-speed chicanes to flowing bends. When it comes to the set-up of the car, the objective is to find a compromise between the lowest possible downforce level and maximum mechanical grip, with an accent on braking, traction and kerb riding.