Is Perez heading back to McLaren? 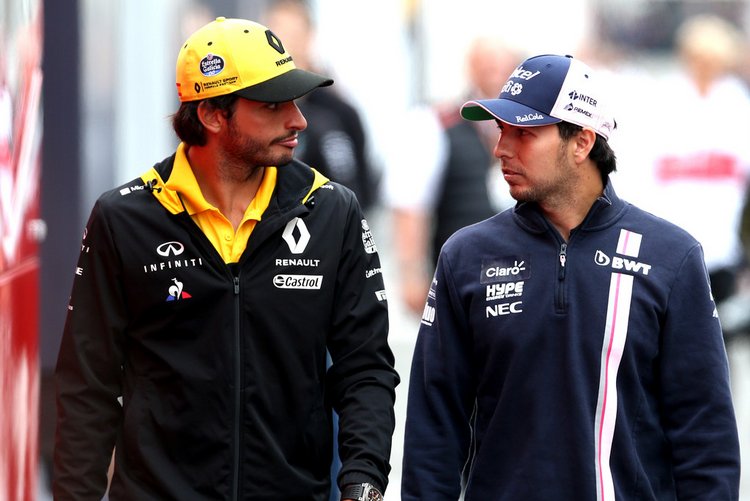 McLaren driver line-up for 2019 is half sorted with Carlos Sainz confirmed as their driver for 2019, but who will partner him is Silly Season fodder as the team are known to be considering Lando Norris, have an option to seat Esteban Ocon, could stick with Stoffel Vandoorne and now Sergio Perez is on their radar.

Sky report that 28-year-old Perez has opened discussions which could result in a return to Woking for the Mexican who would also bring in a handy portfolio of backers to the team.

The saving of Force India by the Sporting Point consortium has stirred up the driver musical chairs with Lance Stroll expected to join the team now owned by his father and his fellow billionaire mates.

Although the smart money is on Perez remaining with the Pinks beyond 2018, to partner relatively inexperienced teenager, it is expected that his minders have realised that two rookies in one team – as was the case with Stroll and Sergey Sirotkin at Williams – was counterproductive.

Stroll senior will want a veteran of Perez’s stature to partner his son and before the Spa-Francorchamps weekend the Mexican confirmed that his deal for 2019 was done, “I know what I’m doing for next year, so when there is a time to communicate, I think I will communicate.”

Thus the McLaren report, which emerged this week, comes as a surprise unless, of course, the two parties spent the summer break bashing out and concluding a deal that will see Perez in orange next season, returning to the team where he spent an ill-fated year in 2013.

Adding to the silliness, earlier this month amid reports linking him to Haas for next year, Perez revealed, “I am fortunate to have several options for 2019.”

As it stands there is still a chance Vandoorne can resurrect his career during the remaining eight races, should he survive that long. Starting at the Italian Grand Prix this weekend and the seven races thereafter he needs to convince his bosses he deserves another season with the team, this time alongside Sainz.

Meanwhile, highly rated 18-year-old Norris is knocking at the door too, an impressive FP1 outing at Spa last week has led to another stint this Friday at Monza, indicating that the team are seriously assessing their young charge for a promotion in 2019 at the expense of Vandoorne.

Earlier this month McLaren chief Zak Brown acknowledged that fielding two young drivers is a risk, “We’re rebuilding, to have two young drivers in our car wouldn’t be a great place to be. If we had a better racecar then you might take a risk with two younger drivers because you’ve given them good racecars.”

Making predictions in this highly unpredictable Silly Season is hazardous, however a fair guess would be that Norris will slot in beside Sainz in the McLaren pit garage next year, maybe sooner if Vandoorne does not raise his game with immediate effect.

Thus, Perez is likely be retained by Racing Point bosses to partner young Stroll in 2019, he brings experience and is well versed with the way the Silverstone based team operates, this is his fifth season with them.

On the fringes of all this Esteban Ocon waits on his fate amid an impressive second F1 season for the Mercedes protege.

With a Renault 2019 deal gone sour and possible ousting from Force India, the young Frenchman risks being marginalised thus his management are also exploring an option to place him with McLaren.

How this pans out is anyone’s guess, here’s ours: