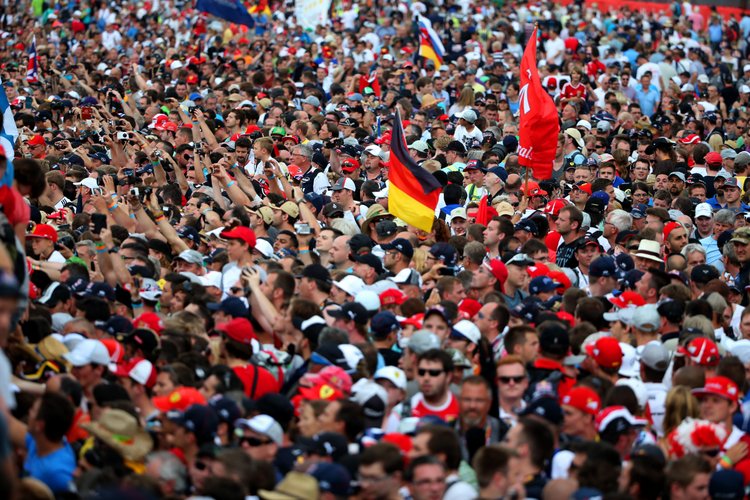 Despite ongoing doubts, the German Grand Prix looks likely to remain on the Formula 1 calendar next year amid growing optimism about the race’s future.

Formula One’s managing director Sean Bratches said on Tuesday he suspected there would again be 21 races, the same number as this season, on the 2019 calendar but provided no details.

“I’m an optimist. We haven’t released our schedule yet albeit we will shortly; around Spa,” the American told Reuters after addressing a Black Book motorsport forum in London.

“My German’s not great, it’s OK, but the talks have gone OK,” he added.

With no new races due to appear until 2020, Germany’s future remains the big question mark with Hockenheim circuit out of contract after last month’s race.

There has also been talk of the Nuerburgring taking the place of Hockenheim, although that track has had financial difficulties.

Jorn Teske, Hockenheim’s marketing director, told Reuters that talks with commercial rights holders Liberty Media had been ongoing in recent weeks but no deal had been done as yet.

“We very much hope that we will host the GP next year but I cannot say more. It’s still open. We are still discussing,” he said.

“What is clear is that both parties are trying to find a solution and this is very good. It means there is really a serious interest of Formula One to keep the German GP. “So yes, we are optimistic as well but that’s all for the moment.”

A new race in Miami was supposed to feature on next year’s calendar but that has now been postponed to at least 2020 pending consultation with concerned locals.

Bratches said he was confident that proposal would not go the same way as a now-defunct planned race in New Jersey, which was scheduled for 2013 and then pushed back to 2014 before being shelved.

“I have every reason to feel optimistic about the prospects of racing in Miami in 2020,” he said.

“We are working closely with Steve Ross and his team and the myriad constituencies in southern Florida to make this happen. We’ve made a lot of progress, there’s work to be done.

“Things are complicated but I still continue to suggest that the Formula One brand and Miami are very complimentary and the economic impact that we can bring into the city and county of Miami is extraordinary.”