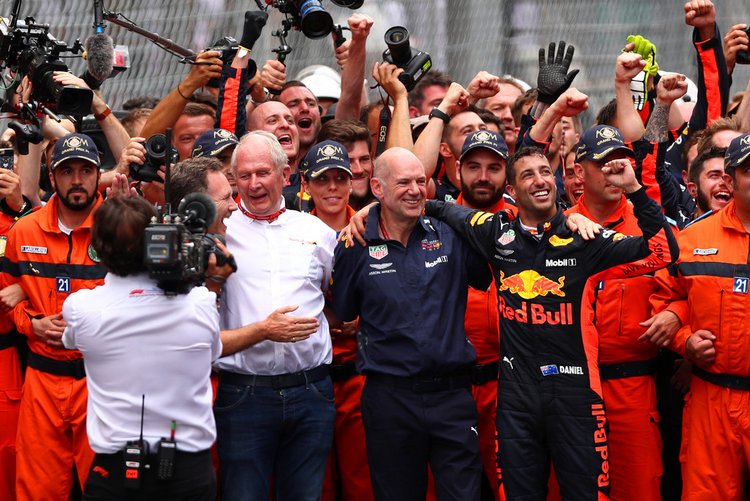 Red Bull consultant Helmut Marko is struggling to come to terms with Daniel Ricciardo packing his bags and leaving Red Bull to join Renault for two years starting next year.

Marko and Red Bull management were convinced the big smiling Australian would sign a new deal with them. It was such a surprise that team chief Christian Horner revealed how he thought Ricciardo was joking when he got the call.

The team bosses, including Dieter Mateschitz, believed after the Austrian Grand Prix that they would have their man for another two or three years, but they were as shocked as anyone else in the sporting world by the news.

Speaking on Servus TV, Marko said of Ricciardo’s decision, “I don’t understand it. It was a very strange situation anyhow.”

“The negotiations were difficult but Wednesday before the Austrian Grand Prix we were talking for two hours and came to an agreement. During the weekend, we were talking and renegotiating again.”

“In Hungary, he told Mr.Mateschitz and me that he was OK with everything and that he was going to sign during the test on Tuesday. But he didn’t.”

“On Thursday, he then called and told me he was going to Renault. I can only assume that maybe he doesn’t believe in the Honda project or that Renault offered him a lot of money,” ventured Marko.

ESPN report that a source close to Ricciardo refutes Marko’s version of events, but acknowledging there was a deal on the table and signatures were close to being inked, but there was no timeline for an agreement.

Meanwhile Red Bull have acted swiftly to confirm that their Toro Rosso rookie Pierre Gasly will step up to the partner Max Verstappen in place of Ricciardo in 2019.

Big Question: Can you understand Dan’s decision to depart Red Bull for Renault?