Gasly: When Helmut called I was in my underwear 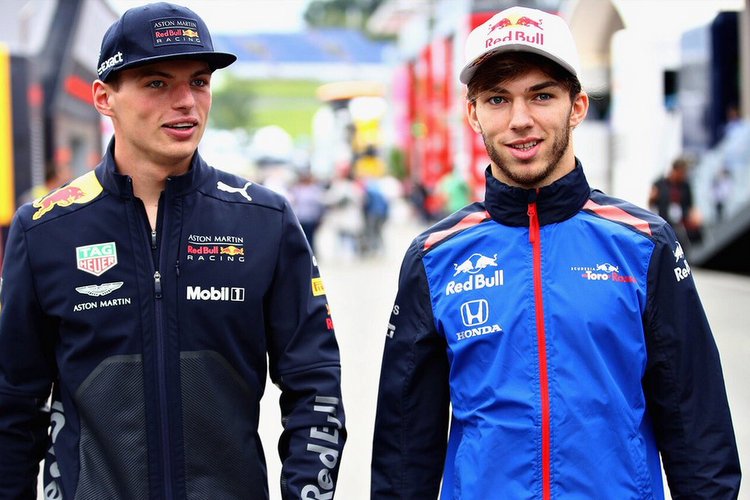 Pierre Gasly was caught off guard and under-dressed when Red Bull consultant Helmut Marko called to tell him he would be racing for them next season in place of Renault bound Daniel Ricciardo, a call the young Frenchman was not expecting so soon.

Gasly revealed on the Red Bull website, “When Helmut started the call with me I was in my underwear. When the call ended I ran around the house shouting to my mates and they all jumped in the pool straight away.”

The 22-year-old 2016 GP2 champion, was favourite to get the drive after  Ricciardo stunned the former champions just before the August break by announcing his departure.

The rookie, who once looked like he was going to be overlooked by Red Bull, has impressed this year in his first full season with the energy drink company’s feeder team Toro Rosso.

Gasly said he was told by Marko before the break that Red Bull were in no hurry to make a decision and to enjoy his holidays.

The Frenchman went to Greece and then returned to the south of France with friends when Marko called again, “I was just so shocked. I didn’t really know what I was saying to my mates, so I jumped in the pool and celebrated with my mates and family.”

“We get on really well and we’ve known each other for a really long time,” explained Gasly. “We used to race against each other in karting in 2010 as a junior, so we’ve already raced together, but not for the same team.

“We’ve actually had a couple of close battles, sometimes good for me, sometimes not so good, but we really enjoyed that time,” added Gasly.

Big Question: Is Pierre the right guy for Red Bull and to be Max’s teammate?