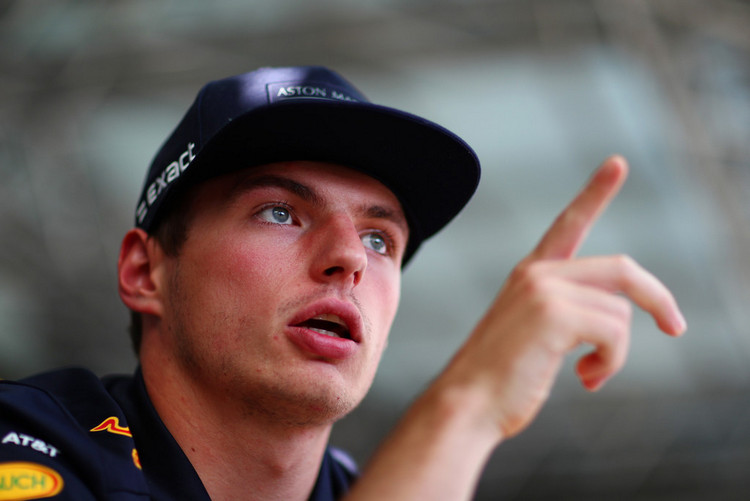 Max Verstappen suspects that Renault may favour their own works team in terms of power unit supply and believes that his Red Bull team are always a couple of races behind in the development war which simply does not make his aim of winning 50 or 60 Formula 1 races feasible at this stage.

Verstappen believes that being a customer team puts Red Bull a step or two behind Ferrari and Mercedes in the development war that prevails during the season. While he acknowledges that Renault will always be a step ahead with upgrades.

Verstappen pointed out, “If there are new parts they will, of course, go to the factory team first which is also logical but it’s a pity for us.”

You just know that at Ferrari and Mercedes these are immediately introduced and then they might have the advantage of that for one or two races before the rest takes a step. So, we are always two races behind. Especially now they have their own factory team, you’re always a little behind on things.”

“Now that it’s certain that you are making the switch to Honda, that will not work in your favour, let’s put it like that. But that’s how these things work.”

“We know that, so you just need to accept it,” added Verstappen, alluding to the fact that Red Bull have decided to ditch Honda for Renaut, but the ‘divorced couple’ still need to see out this season.

“I hope we will continue to develop the car well. We are better than [Ferrari and Mercedes] so car-wise they are the ones who need to catch up.”

Verstappen has endured a topsy-turvy season this year, DNFs, some waywardness of his own making and engine related niggles have combined to haunt him, but he did survive the Austrian Grand Prix to take a famous victory at his team’s home race track,

Th Dutchman rates the triumph on that day as one of the sweetest of his  career, up there with the stunning win in his debut for Red Bull at the 2016 Spanish Grand Prix, “The victory in Austria, especially in front of so many fans but also with a Red Bull car at the Red Bull Ring was something really amazing.”

But he revealed on his website why he did not celebrate the achievement, “We were in a triple-header so you can’t really go partying. I was babysitting at home for my manager’s son, so pretty standard.”