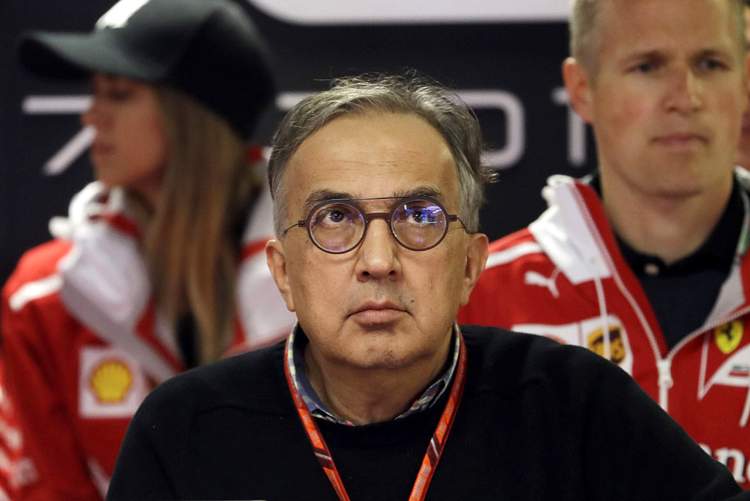 Ferrari are well placed to keep pushing in Formula 1 without late chairman Sergio Marchionne, even if his shoes are impossible to fill, Mercedes team boss Toto Wolff said during a press conference at Hungaroring.

Marchionne died on Wednesday after succumbing to complications from recent surgery, the suddenness shocking the Formula 1 and business worlds.

One of the auto industry’s most tenacious and respected chief executives, Marchionne played a prominent role in meetings to map out Formula One’s future and was a strong defender of Ferrari’s special status.

“Sergio was a bigger personality than life, somebody who in the meetings and the Strategy Group and the negotiations with Formula 1 and the FIA had the most powerful voice and his shoes are impossible to fill,” declared Wolff.

The Mercedes boss had been due to appear with Ferrari’s principal Maurizio Arrivabene at a scheduled news conference but the governing FIA excused the Italian team from media commitments.

Flags flew at half mast over the Ferrari team’s paddock hospitality and the drivers and cars carried black stripes of mourning.

“Within Ferrari they have a management structure that remains unchanged, Maurizio was very much in charge of running the team and remains our sparring partner in the sport,” continued Wolff.

“And Maurizio and (technical chief) Mattia (Binotto) and the group are somehow a guarantee that the Formula One team, the operations of the F1 team, is going to continue going forward like it has in the past.”

Mercedes and Ferrari are determined rivals on the track but mutually supportive off it, with the two manufacturers in agreement on the sport’s future direction.

The two teams have traded the lead in the constructors’ standings, with Mercedes currently leading by eight points. Ferrari have not won a title for a decade, while champions Mercedes have been dominant for the past four seasons.

Wolff said Arrivabene was “very much up to speed’ about the negotiations for the future beyond 2020, when current agreements expire.

Marchionne had threatened to take Ferrari out of Formula One if new rules were not to the liking of the sport’s oldest, most successful and glamorous team.

“He (Arrivabene) was part of most of the discussions, he represents Ferrari in the Strategy Group so I think it will give the new man coming in a lot of know-how, a lot of information,” said the Austrian.

“I think he’s going to be able to catch up pretty quickly but obviously there was only one Sergio Marchionne.”

Ferrari have chosen board member Louis Camilleri as new chief executive, with powers to oversee the company’s operations, and John Elkann as chairman.