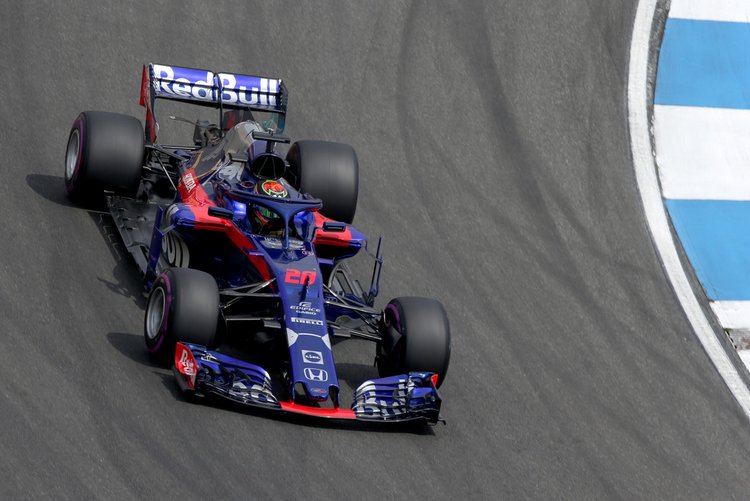 Toro Rosso drivers preview the Hungarian Grand Prix weekend, Round 12 of the 2018 Formula 1 World Championship, at Hungaroring near Budapest.

Brendon Hartley (Car 28): “I’ve raced at the Hungaroring quite a few times over the years, in Formula Renault 2.0 and Renault 3.5. I also recall having a really good race there in LMP2. It’s a track I enjoy and one at which I usually go well. I’m told that, in a Formula 1 car, it’s one of the most physically demanding tracks of the year, as there are no straights where you can catch your breath. My fitness is good and I’m feeling up to the challenge in the hot conditions. The emphasis on qualifying will be even higher than usual here, because of the difficulty of overtaking, even if it’s not quite as tight as Monaco. It is high downforce however, as well as being probably one of the least power-sensitive tracks on the calendar.

“The crowd has always been great at the Hungaroring with passionate racing fans, I’m looking forward to soaking up that atmosphere. It’s a cool city to be at, I’ve spent a few days there in the past and I enjoy the city. After finishing in the points in Hockenheim I will do my best to keep the momentum and head into the summer break with good vibes.”

Pierre Gasly (Car 10): “I won there in 2013 in Renault 2.0 litre, I was second in 2014 in 3.5, second in 2015 in GP2 and first, again in GP2, in 2016, so it’s a track that seems to work well for me. It’s one of my favourite tracks because it’s very technical, which is something I like. It’s important to get into a good flowing rhythm and on a track with so few straight sections, the driver can really make the difference. With one corner leading straight into another, it’s important to get the flow working, because if you make a mistake at one turn, it has a big impact on the following ones. However, rather like Monaco, overtaking here complicated, therefore qualifying is even more important than usual. In terms of pure driving though, I love it, as there are all sorts of corner types: slow, medium and fast, long corners, heavy braking ones, so it has a bit of everything. Given that I really like it, I can’t wait to find out what it will be like in an F1 car. I reckon it will be a pure pleasure! I’m not bothered about the fact it is going to be extremely hot this weekend, as I am in good shape, even though it has been a long and tough season so far. I’m well prepared for the conditions and I hope we will be able to get a good result to take with us into the summer break. It would be important psychologically for the entire team to pick up some points and we will all be working very hard to achieve that. I love racing, but I think the break will be a good thing, because everyone is quite tired and needs some time at home with the family. It’s the perfect moment to cut the season in half and I will be going on holiday with my friends and those that are close to me. But before that, let’s give it everything in Budapest!”