F1 Festival to take over the heart Milan 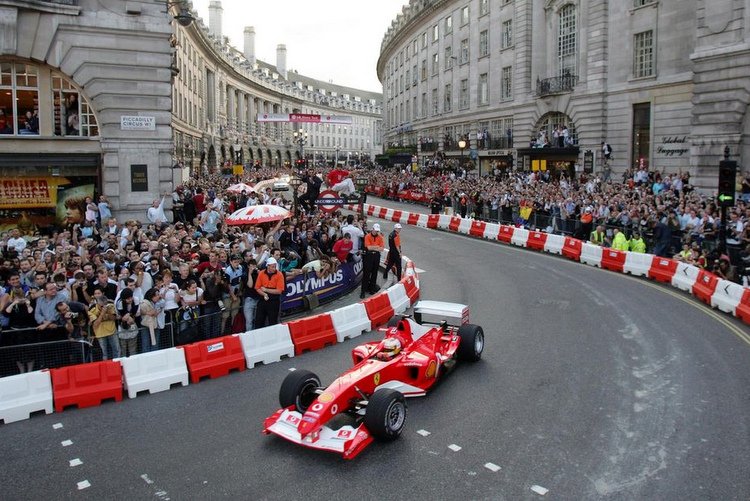 Formula 1, with the patronage of the City of Milan, and in association with ACI, have announced that the 2018 Formula1 Milan Festival will take place in the iconic Navigli quarter of Lombardy’s capital city from August 29th to September 1st.

Opening up the exciting world of Formula 1 to fans and bringing a new generation into the sport, the festival heralds the return of Formula 1 to Milan, home of legendary motor racing brands Alfa Romeo and Pirelli.

The Formula 1 Milan Festival will run at the same time as the Formula 1 Heineken Gran Premio d’Italia 2018 which takes place at the historic Autodromo di Monza. It will bring the excitement and passion of an F1 Grand Prix event into the very heart of the city, creating an exciting destination experience for fans.

Monza, known to F1 fans worldwide as The Temple of Speed, is the quickest circuit on the Formula 1 calendar; a breathtaking drive that scythes its way through the beautiful setting of the Parco Reale and the Autodromo. Monza has been a permanent part of Formula 1 since its inception in 1950, and its rich history makes it one of the key dates on the sporting calendar.

This year, for the first time ever, F1 will also be in the heart of Milan, the Italian capital of fashion and business, and the fourth global city to host an F1 Fan Festival after London in July 2017, then Shanghai in April, and Marseille in June earlier this year. It will be followed by the Miami Fan Festival, due to take place in October 2018.

The F1 Milan Festival will be open from Wednesday, August 29th to Saturday, September 1st and will be free for all to attend in the Darsena area (literally ‘the dock’), center of Milan’s ancient, and now restored, Navigli water canals. The unique thrills of F1 will blend with the busiest and most buzzing area of Milan, merging exciting activations and events, music and iconic installations to attract and delight people throughout the day and late into the evening.

Providing the ultimate city centre festival hub, the F1 Park will offer a live car run in an unprecedented city circuit, giving fans a unique opportunity to experience the thrill of seeing modern F1 cars up close on the streets of Milan.

Every evening, F1 House will be the unmissable evening destination within the Darsena area, hosting DJs and personalities from the world of sport, music and entertainment.

Sean Bratches, Managing Director, Commercial Operations at Formula 1 said: “It gives me great pleasure to announce the 2018 Formula1 Milan Festival. Motor racing is in the DNA of this beautiful city, as is fashion and creativity. Formula 1, the pinnacle of motorsport, is the perfect partner to blend advanced engineering with the glamour and cutting-edge inventiveness of the Milan fashion houses, as well as the historic heritage of its art and culture. We aim to put our fans at the centre of our sport, and the Milan fan festival will do just that, welcoming families and fans throughout the day and the evening in the heart of the city, sharing the magic of Formula 1 with open arms.”

Angelo Damiani Sticchi, President of ACI said: “ACI has embraced with enthusiasm and pride the opportunity to be involved in the F1 Milan Fan Festival to run alongside the Monza Grand Prix. This highlights the vital contribution our country has made to motorsport, its primary role in car production, and to the millions of fans who have been following all forms of motor racing for many, many years. We are thus ready and happy to welcome, in Milan and at the Monza Eni Circuit, F1 fans and lovers of all cars, as we offer a rich series of events, shows and get-togethers all linked by the overriding passion and enthusiasm for motorsport and all things related to beautiful cars.”